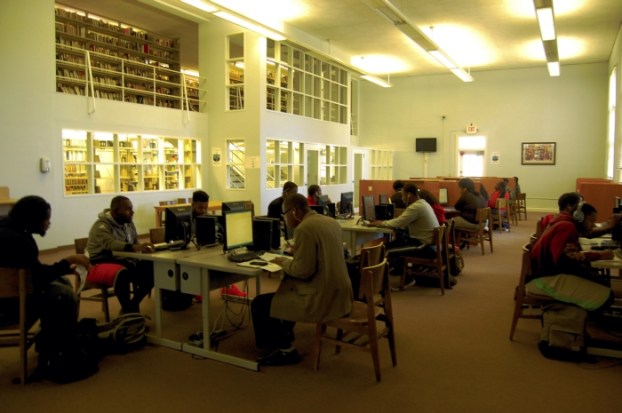 Questioning the purpose and need for HBCUs needs to stop, according to local colleges.

In the midst of dropping attendance rates and federal funding, again and again the relevance of historically black colleges and universities are called into question. Do they still matter? Is there still a need for them?

For colleges in the Rowan-Salisbury and Cabarrus areas, those questions are answered with a resounding yes.

“They were designed to educate the children of the just-freed slaves,” Jenkins said.

“In those proceeding years prior to the Emancipation Proclamation and just after that, educating African American students was against the law in North Carolina. So, the vestiges of that system still permeates even now,” State Alexander, executive assistant to the president and vice president of communications and public relations at Livingstone, said.

Yvonne Tracy, interim president at Barber-Scotia College in Concord, said education was a tool slaves could use to sever their dependence on others.

“If you couldn’t read and write, you were virtually back in slavery again because you had to depend on someone to be able to interpret for you,” Tracey said.

Although Jenkins said HBCUs were initially intended for students of African descent, they are now open to everyone.

“Today we are institutions that will take any student, regardless of ethnicity,” he said.

Jenkins said that both then and now, HBCUs serve to take students from diverse backgrounds and bring them up to the standard needed to compete in the real world.

“We were established to take our students from where they are and take them where they need to be so that they can command their rightful place in the global society,” Jenkins said.

Tracey said that the playing field is not an even one, especially when it comes to African Americans. There are many areas in the country that do not offer the same educational opportunities.

“HBCUs even today, they have to make the extra effort and connect with students in terms of where they are, with their level of knowledge and education,” she said. “And then take the extra effort, the extra time and resources and tools in order to bring them to a level of competitiveness.”

Tracey also said many times HBCUs are receiving students who are the first in their families to go to college. Those students may need extra help and guidance because for the, college is a new, different world.

Barber-Scotia, and many other HBCUs, offers programs like a summer bridge program, which helps transition high school students into the college world.

“They’re realizing that students coming out of high school might not necessarily be ready to step into some of the classes at a higher educational level and be successful,” Tracey said.

At Livingstone, it is part of the school’s mission to address the total environment of each student. Students may not find that in other types of institutions.

“Our students, when they leave here, are just as academically gifted, and go other places in terms of graduate programs and the like because they are qualified to do that,” Alexander said. “But we also address socio-economic needs of our students so when they leave us … they’re able to command, as our president says, their rightful place in the global society.”

Orlando Lewis, vice president for student affairs at Livingstone, said HBCUs offer a more holistic way of educating their students by transforming them not only academically, but socially, economically, culturally and spiritually.

“Through that transformational process, they then become change agents for society,” he said.

Students can also find environments with small class sizes and individual attention, features some may need in order to succeed.

Laurie Willis, the assistant director of public relations at Livingstone, said having a president, school officials, professors and students who look similar to oneself can help one feel at home.

And, according to Jenkins, all of it works. The extra time HBCUs put in and the features they offer produce successful members of society.

In fact, in 2001, more than a fifth of all Bachelor’s degrees awarded to African Americans came from HBCUs, according to the National Center for Education Statistics.

Jenkins said the students who come out of HBCUs speak for themselves.

“Every day we see brilliant diamonds coming up out of the rough. We see it happening, sparkling,” Jenkins said. “Individuals who were camouflaged by the environment that they came out of … who would not have been that diamond were it not for Livingstone.”

Rockwell resident Hal Sutton arrived in Frankfurt, Germany, at the end of September, looking forward to meeting up with his... read more