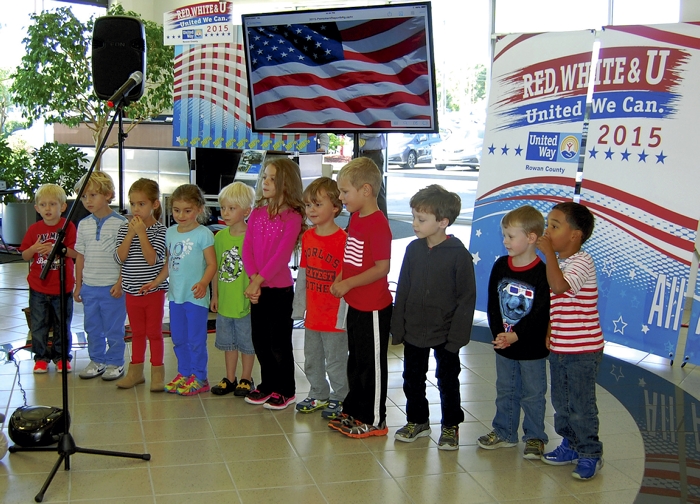 The lesson of the day at United Way’s report meeting: When everyone contributes, great things can happen.

Children from Partners in Learning opened up the event by singing three songs, including “This Land is Your Land.”

Justin Dionne, managing artistic director at Lee Street Theatre, read the children the story “Stone Soup,” a folk story about a group of monks bringing a community together by encouraging them to share food.

Board of Directors President Steve Fisher said although he would have liked to see the fundraising closer to 50 percent, the campaigns are still going strong.

Names were drawn for the chance to win a free car. Susan Barnhardt of Innospec Performance Chemicals, William Honeycutt of AkzoNobel and Greg Alcorn of Global Contact Services will advance to the next stage of the drawing.

Barnhardt said her husband was entered into the drawing for a free car during one of the first years it was done.

“It was so exciting to think we might win a car,” she said. “We did it again.”

“We’ve got to give back to our community because … Salisbury’s done so much for me and my family that I couldn’t possibly repay in dollars anyways,” he said.

The next report meeting is on Oct. 21 at Team Chevrolet Cadillac Buick GMC.