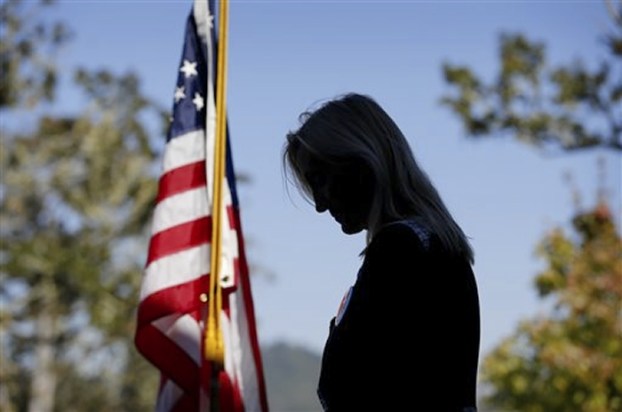 Don’t give it to them

The names to talk about from last week’s mass shooting at Umpqua Community College in Oregon do not include the shooter’s name. As Sheriff John Hanlin said, “I will not give him the credit he probably sought prior to this horrific and cowardly act.”

The people to talk about are the nine who died.

Lucero Alcaraz, 19, wanted to be a pediatric nurse.

Treven Taylor Anspach, 20, was known as a good athlete and “rock solid kid.”

Kim Saltmarsh Dietz, 59, had gotten up the nerve to return to school.

Lucas Eibel, 18, a quadruplet with two brothers and a sister, volunteered at a wildlife park and an animal shelter.

Jason Dale Johnson, 34, had finally found his path and returned to school.

Lawrence Levine, 67, was the teacher in the classroom, an associate professor of English who enjoyed fly fishing.

Some reported that the shooter, 26, asked people about their religion, then executed Christians. He was an awkward loner, reports said, a guy who had flunked out of Army basic training and was living with his mother. He complained in his manifesto about having no girlfriend. In the end, he killed himself.

As a society, we must not become blasé about mass killings. The victims and their families deserve our sympathy as well as our resolve to prevent such needless loss of life. What makes some individuals feel so disconnected and wronged, and why in this country do they resort to mass murder? The victims deserve an answer.

ICYMI: Mall update In case you missed it, Rowan County Commissioner Craig Pierce went out of his way Monday to... read more