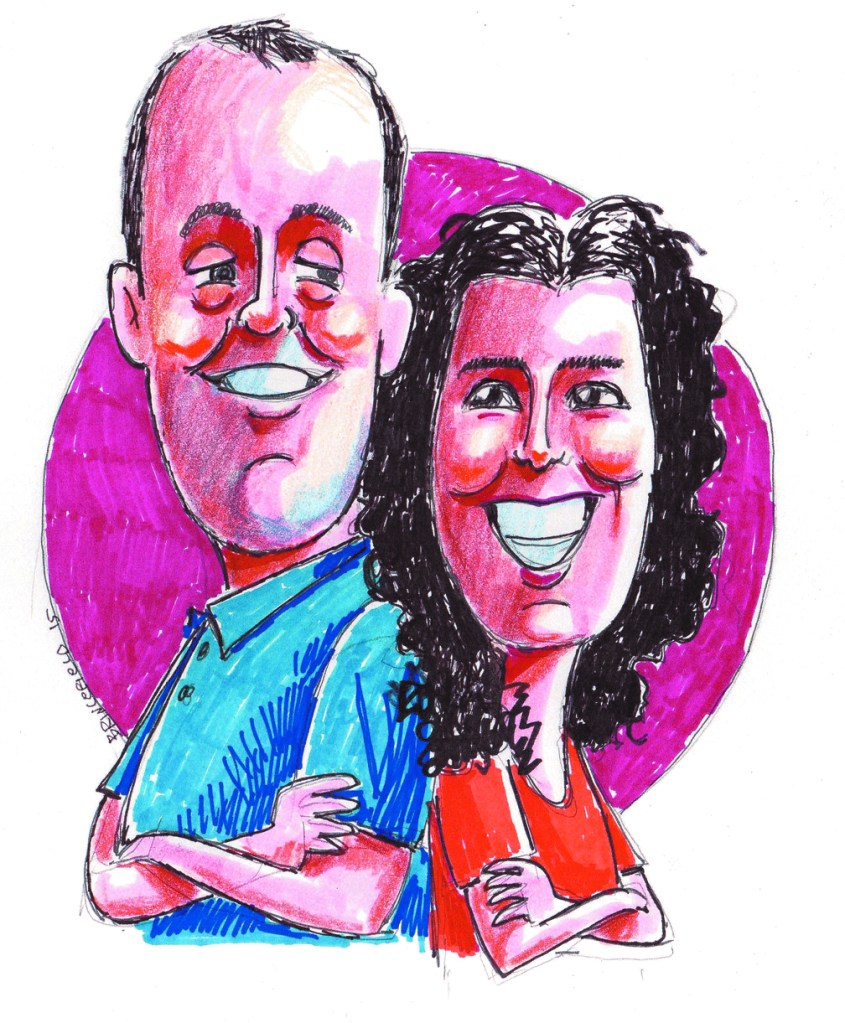 She said: Saying “yes” to the dress

I know this column is called “He said, She said,” but this month, I’m giving David a much deserved break to bring you “She said.” Besides, he really doesn’t have much to say about this week’s topic, because I’ve been keeping him in the dark.

Honesty and transparency are key tenants to building a strong marriage, but I firmly believe that there are two times it’s okay to keep secrets from your future spouse: when planning a surprise proposal and after buying your wedding dress. Today, I’m talking about the latter.

Last Christmas, David and I started having some “what-if” conversations about getting married, and around that time, I started several hidden wedding boards on Pinterest. One of those boards, of course, was for dresses. I started narrowing down my search from dresses that look great on size two models to dresses that would look good on me.

After David popped the question, I started asking around to see where other local newlyweds (and not so newlyweds) purchased their dresses, and by far the most popular answer (other than David’s Bridal) was Hope’s Bridal Boutique in Kannapolis.

So, I got in touch with three of the most important women in my life – my mom and my two maids of honor, Kelley and Ally – to create a game plan. Because all four of us live in different towns, scheduling was a little tricky, but we eventually worked it out and agreed on Labor Day weekend.

Ally and Kelley came to Salisbury Friday night after we all got off work, and Saturday morning my mom joined us. Our initial plan was to start in Kannapolis and head east toward my hometown of Raleigh, hitting several bridal shops along the way.

Because I heard so many great things about Hope’s Bridal Boutique, I was determined to find my dress there. When we arrived, it was busy, but that didn’t affect the high-quality service I was told to expect. The four of us looked through wedding dresses and found several to try on while I was waiting on a dressing room.

Three dresses in, I found one that I really liked, but I just had this feeling in the pit of my stomach that I needed to look around a little more before making a final decision. Because it was nearing lunch time, and I had heard about a special occasion dress store at Concord Mills Mall, we headed over there for lunch and to look some more. I didn’t find anything worth trying on in Concord, so we decided to try David’s Bridal as a last effort before deciding to go with the dress at Hope’s.

Now, if you remember from Shavonne Walker’s wedding columns, her experience at the David’s Bridal at North Lake in Charlotte was terrible, and I was determined not to have her same experience. Unfortunately, since it was later in the day, all the stores I called were completely booked for the rest of the day. In a last ditch effort, I called the store in Winston-Salem, and they happily offered to take me in at the last minute. So, we began the trek back through Salisbury to Winston-Salem.

When we got there, I pointed out the dress pictured in the window to my mom, Kelley and Ally and said I really liked it, but quickly quipped that they probably put the most expensive dress on the advertising pieces, so it probably wasn’t even an option. I promptly forgot about the dress and went inside.

The saleswoman I was paired with pulled a couple of the dresses off my favorites, and then pulled another dress she thought I would like based off of my tastes. Back we went to the dressing room, and I began trying on dresses.

I liked the first dress I tried on, but not more than the one I tried on at Hope’s in Kannapolis. The second one was awful (although it did look better than I expected).

The third dress the saleswoman handed me wasn’t one I picked out, but I immediately thought it was pretty. It wasn’t exactly what I initially envisioned, although as I go back and look at my Pinterest boards, I realize it’s more similar than I thought.

They didn’t have my size, so it was a little – okay, a lot – big, but as soon as I saw myself in the mirror, I couldn’t get the smile off my face. I always thought I’d cry when I found the right dress, but I didn’t. I was just happy. For the first time, I didn’t feel like I was playing dress up anymore. I felt like a bride.