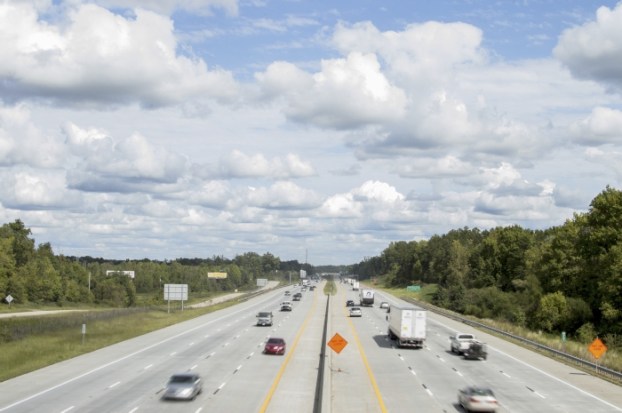 Clouds hover over I-85 on Wednesday, the first day without overcast skies and rain in a five-day stretch. More rain is projected in the next seven days, possibly leading to flooding in some areas. Josh Bergeron/Salisbury Post

The National Weather Service has issued a flash flood watch for portions of  the Piedmont including Rowan County from Friday morning through Sunday evening.

Heavy rain will overspread western North Carolina on Friday and continue off and on through the weekend as an upper low remains nearly stationary over the southeast states and hurricane Joaquin moves north near the Carolina coast.

There is still considerable uncertainty as to what degree the upper low and Joaquin will interact. This will have a large impact on the amount of rain that falls across the area. Thus, storm total rainfall amounts are still very uncertain. However, several inches of rain appear likely across the watch area through the weekend. Periods of very heavy rainfall are expected to produce flash flooding along smaller creeks and streams with significant flash flooding possible, especially in areas that received heavy rain in recent days.

The prolonged period of heavy rain, combined with stream flows that are already above normal across much of the watch area, could result in flooding along main stem rivers by early next week. People living near streams should monitor the situation closely over the next 1 to 2 days. Now is the time to decide what you will do if threatened by flood water.

A flash flood watch means that conditions may develop that lead to flash flooding. Flash flooding is a very dangerous situation. You should monitor later forecasts and be prepared to take action should flash flood warnings be issued.

Additional watches or warnings will be issued as necessary or required.

After five straight days of rainy weather, clouds cleared Wednesday and made way for a few rays of sunshine. U.S. Geological Survey rain gauges show Rowan receiving upwards of 2.5 inches of rain in some locations during the seven-day period ending on Wednesday. Rain gauges show rainfall totals increasing closer to the Piedmont Triad metro area and toward the North Carolina-Virginia border.

Rowan County’s next potential for rainfall comes today through Saturday. Weather agencies and the N.C. Office of Emergency Management are projecting up to 5 inches of rain for Rowan County from today until Oct. 7.

The steady storms soaked the earth in all parts of Rowan, but that hasn’t done much for drought conditions that have significantly decreased crop yields for local farmers, according to National Weather Service data. Graphical models show a large swath of western Rowan County as up to 16 inches below average in rainfall for the year.

Most areas of Rowan are close to average rainfall or slightly above average so far in September.

Rowan, however, is fairing much better than areas to its west — Cleveland County and areas of northwestern South Carolina.

Areas of the North Carolina coast have seen rainfall totals significantly above average. In some areas, totals reach 20 inches above normal rainfall.

However, Mother Nature hasn’t quite finished dropping rain on Rowan. Some areas of Rowan County and surrounding communities saw rain on Wednesday. Forecasts show a more than 50 percent chance of rain until Monday.

Saturday and Sunday present the highest chances for rain, according to weather forecasts. Rainfall totals are projected to be near a half inch for both days. A recently named hurricane poses additional rain potential for areas of North Carolina. The storm — Hurricane Joaquin — was more than 150 miles away from the Bahamas on Wednesday afternoon. It’s unclear what the storm might mean for areas of the Piedmont and Rowan county.

State officials say Joaquin and other storm systems could lead to potential flooding and wind gusts in some areas of North Carolina.

In a news release, Gov. Pat McCrory and other state officials warned all North Carolina residents to be prepared for this weekend’s weather, which could include flooding.

“The combination of wind gusts from various weather systems and any additional rain from Joaquin could lead to downed trees and power outages in many areas, not just the coast,” McCrory said.

“We can expect flooding in poor-drainage spots and low-lying areas,” Sprayberry said. “Regardless of the impact of Hurricane Joaquin, North Carolina has the potential for life-threatening flooding within the next week. We don’t know yet how much or how widespread the flooding will be, but we know there will be flooding.”