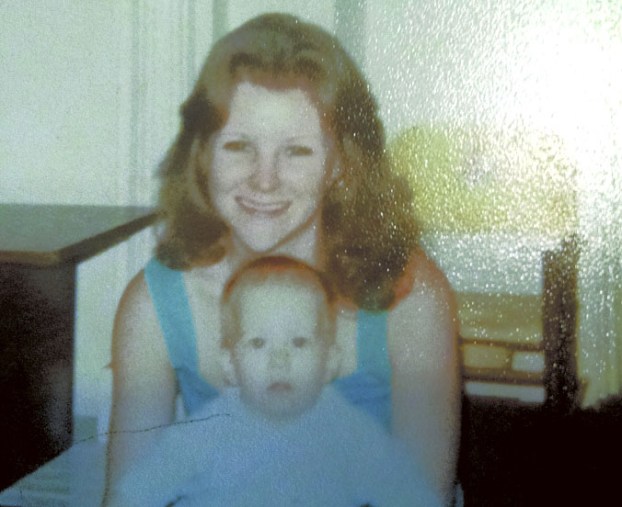 A mother remembered: ‘People never knew the pain she was in’

SALISBURY — Christie Reavis has her mother’s ashes now. She hopes to place them in an urn garden at a church in Cornelius. That’s where Christie’s great-grandmother, a woman who meant so much to Christie and her brother, was laid to rest years ago.

Plans are in the works for a memorial service for Cindy Chapman Reavis Hanson later this month at Gloria Dei Lutheran Church, where a  much younger Cindy once was a member of the church council and taught Sunday School.

That was before alcoholism took hold and never let go, before it drove a wedge between her and her children, before it landed her in prison, before it wrecked two marriages, before she was homeless and before she died alone Aug.  26 in a local nursing home.

“She tended to push people away who cared for her,” son David Reavis says. “She didn’t accept help very easily.”

Cindy purposely put down incorrect contact information for her children so they couldn’t be reached in case something happened to her. And then it did.

David and Christie Reavis always feared this kind of scenario.

“Me and my sister thought she would pass away and nobody would notice,” he says.

Back in September, I wrote about this “girl with the long, red hair” when William Jacobs brought a handwritten obituary about her to the newsroom. Jacobs had known Cindy when they attended Knox Junior High together, but their lives took vastly different directions.

Toward the end, Jacobs might see her on the streets or at a Park Avenue convenience store when he stopped to pick up one of his workers. If she asked for money, he answered he would buy her something to eat or try to find her help. But he wasn’t going to give her money to spend on alcohol.

“It was obvious she had some problems,” Jacobs said. “I could see the deterioration and what life had dealt her.”

After she died — Cindy was 57 — the Department of Social Services stepped in because no next of kin could be located to claim the body. A required time period elapsed before her remains were cremated.

Jacobs learned of Cindy’s death, could not track down any relatives himself and offered to take Cindy’s ashes to the beach because he knew, from their days as sweethearts in junior high, that she loved the ocean.

The DSS wasn’t allowed to hand over the remains to him, leading Jacobs to write his obituary for her because, he said, “nobody deserves to die unnoticed.”

Cindy’s oldest children, David and Christie, didn’t know their mother had died until they read about Jacobs and the girl with the long, red hair in the newspaper. Many other people contacted me with information about her life, and others, such as Emily Stirewalt, made it their mission to find family and encourage a memorial service.

Time after time in their lives — as children and adults — David and Christie Reavis had reached out to their mother, pleading with her to become sober and be part of their lives and her grandchildren’s lives. But it never happened.

“She wasn’t forgotten,” Christie Reavis says. “She was loved. She was cared about.”

Still, they are thankful for Jacobs’ kindness and everyone who has contacted them since their mother’s death.

“The biggest thing is, I’m so grateful so many people cared,” David Reavis says. “… She was always happy on the surface, but people never knew the pain she was in.”

Cindy Chapman married Bil Reavis when she was a teenager.

David says Cindy loved being a mother, and when he and Christie were young, “she was always there for us no matter what.” He described her as patient, smart and happy. She would put David and Christie in the car to go for a ride and sing at the top of her lungs.

Cindy could sew well and made blankets for the children. She also could play the piano. Christie remembers her being a good housekeeper, a good cook and a great animal lover, especially of Persian cats.

When she was studying to be a nurse, she would allow Christie to sit on her lap and try to explain some of the things in her textbook.

‘Then it all changed,” David says.

The children were about 7 and 5 when Cindy’s drinking became a problem, and they went to stay with their great-grandmother, Mabel Chapman, a good woman who pretty much had raised Cindy, too.

“A great, big bright spot in our lives,” Christie says of Mabel Chapman. “Mamma’s kindness and love came from her, but she (Cindy) let alcohol take over.”

Christie says David was protective of her as an older brother. (They are 35 and 33 now). When their mother was passed out on her bed one night, a young David poured them each a bowl a Cheerios, but he had to use water for milk.

“I was the oldest,” David says. “I probably hid the most and got hurt the most.”

The alcoholism destroyed her marriage with Bill Reavis, who remarried. Bill, his new wife, Diane, and Mabel Chapman became strong, important influences in the children’s lives as their mother’s alcoholism took control.

Cindy also remarried  — a man named Chris Hanson — and she had another son, John Hanson, Their half brother, John, never really got to know Cindy because of her drinking problem, David and Christie say.

Christie Reavis continued trying to stay in touch with her mother. She was sentenced to prison for five years for shooting a man and served three years of the sentence.

“Mamma could get very drunk, and at times, violent,” Christie says.

Her children hoped prison would help their mother defeat her alcoholism. Christie contacted her in prison and invited Cindy to stay with her and her husband after she was released.

They offered to take her to Alcoholics Anonymous meetings and get her a car if she proved to be sober.

About two weeks before getting out of prison, Cindy told Christie she would want to see some old friends first and drink a couple of beers. Christie’s son was 2 years old at the time, and she could not take the chance of having her drunken mother in the house.

Christie says her mother stayed at the homeless shelter for awhile, then found another place to stay. She had run-ins with several abusive men, Christie adds.

On a Mother’s Day several years ago, Christie picked up Cindy, and they had a beautiful, sober day together.

“She told me she wan’t drinking anymore, then she called me that night and was drunk,” Christie recalls. “It was hard growing up, seeing your mother like that. I told my husband I can’t do this anymore. I’m not going to go looking for her.”

Alcoholism was a problem on both sides of Cindy’s family, David Reavis says.

David Reavis last saw his mother about a year ago at a funeral for Cindy’s father. Before that, they hadn’t been in contact with each other for about 10 years.

“I let her know I loved her,” David says. “… She wasn’t in very good condition.”

Christie and David thank Jacobs for the kindness he showed their mother, and they say the upcoming service at Gloria Dei Lutheran will be a remembrance of the happy Cindy, not the one in pain.

“We want to remember the good about her and want to do something good in her name,” David says.

The ‘very rich’ Grace Littlejohn comes home for a spell