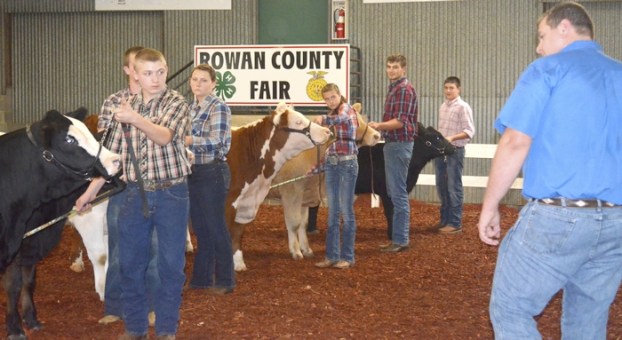 The 2015 Rowan County Fair Beef Show held Monday began with showmanship for the following divisions:  peewee, junior, intermediate, and senior. There were so many intermediate and senior showmen, those divisions were divided into two heats, where the top three from each heat returned the ring.

Placing first through third in the peewee showmanship were Jake Sink, Sedona Sifford, and Erin Bigford.

Madison Sifford earned first place in the intermediate showmanship, with Sarah Johnson in second, Sam Herman in third, and Adam Hoffman in fourth.

In the senior showmanship contest, placings were Adreanna White in first, second – Shannon Kindley in second, Sid Alan Carter in third, and Hudson McCallister in fourth.

The judge for the show was Tom Devine, head coach of the N.C. State Collegiate Livestock Judging Team.

Rain and rail line construction make a mess for businesses

Businesses on South Main Street have been experiencing flooding because of recent rain, but also because of the rail line... read more