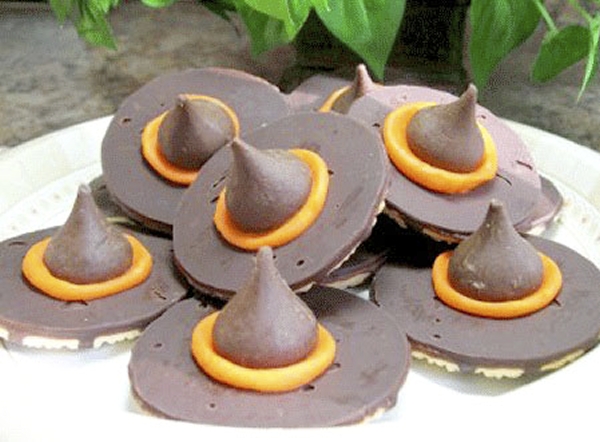 Halloween is just about a month away, and we still need fun ideas for Halloween-y food, be it a scary punch, a spooky snack or a ghoulish sweet.

We’re looking for treats for the children as well as adults. Since Halloween falls on a Saturday this year, there will be more chances to party and stretch out the holiday.

Do you have a recipe for wacky witch hat cookies? Can you make a candy corn cake?

We want to know and share it with our readers.

Submit your recipes to news@salisburypost.com with Halloween in the subject line, mail to P.O. Box 4639, Salisbury NC 28145 or post it on facebook.com/SalisburyPost.

And you know what holiday comes after Halloween? Although the stores don’t seem to recognize it, Thanksgiving comes before Christmas. And as soon as the air turned a tiny bit cooler, the pumpkin pie spice invasion began.

But, what, exactly, is in pumpkin pie spice and why are we willing to pay big bucks for that simple concoction?

It’s just cinnamon, nutmeg, ground ginger and allspice. Many cooks will have those spices in the pantry anyway.

Here are a couple variations that you can sprinkle in your coffee, whip up into cream, stir into simple cookies or combine with butter or cream cheese for a delicious spread.

And you’ve probably seen or heard of apple pie spice, which is almost the same thing, but with cardamom added. Cardamom is rather expensive, and you probably don’t have it in your pantry, either, so it can be omitted. And some recipes suggest finding it in the pod and grinding it yourself. It’s very fragrant, but it’s not a must-have.

The apple pie spice has less ginger or no ginger, and less cloves, so it’s basically cinnamon, nutmeg and allspice.

So, for fall baking and savory dishes using winter squashes, invest in cinnamon, nutmeg, ginger and allspice and you don’t have to wait for pumkin pie season.

And remember, none of those pumpkin spice drinks or creamers has any actual pumpkin. It’s all in the spice.

RALEIGH – A syrah made in Mocksville and a muscadine from Willow Spring took top honors in the 2015 N.C. State Fair Wine Competition hosted by the N.C. Wine and Grape Council.

Misty Creek Farm and Vineyards in Mocksville won Best of Show and the N.C. Winegrowers Cup for its Syrah. The vineyard, located in the heart of the Yadkin Valley American Viticultural Area, has been growing grapes since 2001.

“We saw significant growth in the number of entries from commercial entries this year, and had a total of 414 entries from commercial and amateur winemakers,” said Whit Winslow, executive director of the N.C. Wine and Grape Council. “That’s a testament to the continued strength of North Carolina’s $1.7-billion wine and grape industry.”

In addition to the two cups, best-of-category awards were presented to the following commercial wineries:

Winners from the wine competition will be on display in the Education Building throughout the fair, which takes place Oct. 15-25. North Carolina wine also will be available for sample and purchase at the Got to Be NC Wine and Craft Beer exhibit in the Hunt Horse Arena outside Gate 8.

North Carolina is home to nearly 160 wineries and 525 commercial grape growers. The state is ranked 11th nationally in wine production. More information about North Carolina wineries is available at www.ncwine.org.

By Danelle Cutting Rowan Cooperative Extension For some reason, I received tons of calls about insects and molds this week.... read more