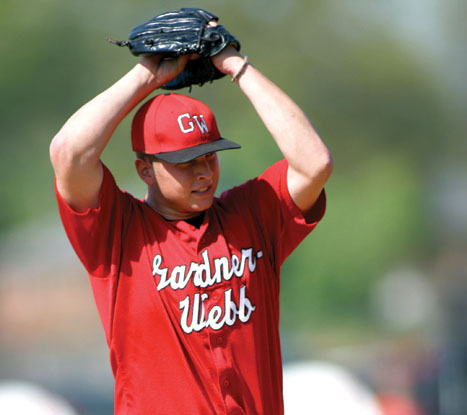 A.L. Brown grad Zach Ward is going to be inducted in the Gardner-Webb Hall of Fame. He is seen pitching here in 2004. Submitted photo.