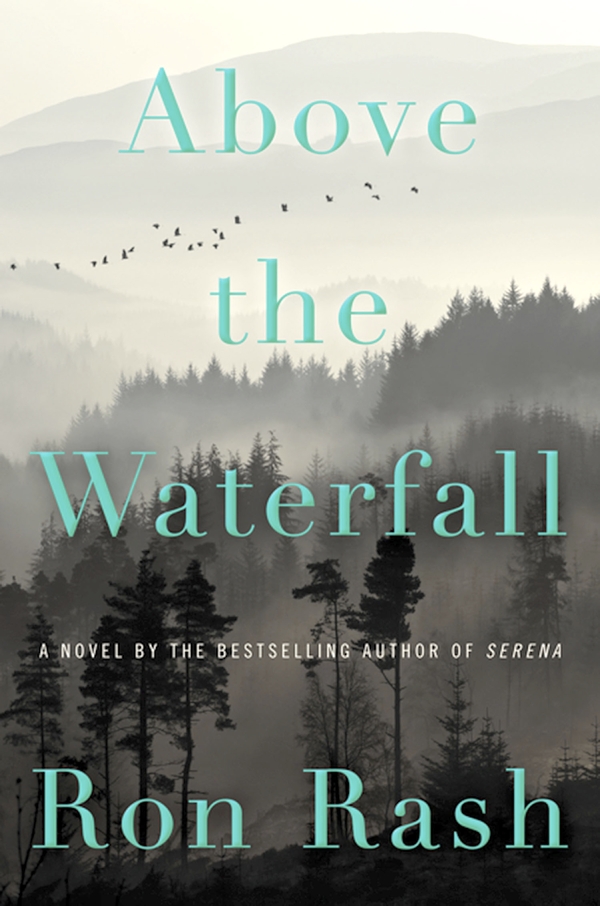 Above the Waterfall" by Ron Rash. (Photo courtesy HarperCollins/TNS)

With Ron Rash’s latest and sixth novel, “Above the Waterfall,” I felt a thrill when he mentioned, as he did in his 2012 novel, “The Cove,” the parakeets that once nested in the mountains of Appalachia. The thought of those colorful creatures flitting about decades ago lifted me out of the beautiful but wasted landscape that obviously grips and holds fast this New York Times best-selling writer.

That grip is fine with me. I know the Western Carolina University professor will turn up the crusty surface of this unnamed, contemporary town in the N.C. mountains to show us the loam beneath. The loam where, as someone in a small town once told me, everybody is somebody’s somebody.

And everybody’s somebody in this novel has lived through big-time heartbreak. The main character, Les, a retiring 51-year-old sheriff wrapping up his last week of a 30-year career, lugs the guilt of his hostile indifference toward the suicidal threats of his depressed former wife.

And Becky, a 43-year-old state park superintendent, wary and watchful, still suffers the after-shocks of a gunman who entered her elementary school and killed the teacher whose hand young Becky was gripping. Not to mention Becky’s former boyfriend, a man she didn’t realize was an eco-terrorist, who, “had his timer worked right, would have killed more people than Ted Kaczynski and Eric Rudolph combined.”

Will Becky and Les eventually give up their “wary out-of-step dance” to find solace with each other? That question will keep you reading.

Becky and Les alternate narrating the novel. I admit to feeling relief at the return of Les’s voice. Becky’s too-precious “shadow-steeped mold,” and “heart soak of sun and stone” made me claustrophobic.

Not midway through the novel, Rash creates a restrained and brilliantly-paced scene that alerted me that this novel, like his best-selling “Serena,” is headed for the big screen. It involves a meth bust, a strung-out young couple in a trailer, a microwave, a baby and a deputy who turns in his badge on the spot.

The meth bust is one thing. It’s nasty and straightforward compared to the complicated trouble at the heart of the novel: Who is poisoning the speckled trout in the stream at the local fishing resort?

Suspicion points to old Gerald Blackwelder, a bitter landowner whose response to the news of his 19-year-old son’s death in the Persian Gulf War was to set fire to the house he was building for the son’s return. Becky, Gerald’s arch defendant, maintains he can do no wrong. But Gerald has a nephew, a meth head named Darby, the sole inheritor of the land at Gerald’s death. Is Darby involved? Les, whose emotions rarely take him out of a box step, keeps an open mind.

Then there’s C.J. Gant, whose daddy “had been a decent farmer but bad to drink.” C.J. went to college, does PR for the resort, owns a nice house in town and drives a fancy SUV. But he wants his two sons to have a better life than he did. Could he be involved?

I’m not used to reading Rash for the outer rather than the inner mystery. Reading “Above the Waterfall” is like walking a railroad track — the scenery along the way is great, and I’m enjoying the novel’s journey. But experiencing a Ron Rash short story is like entering a cove and being enveloped in the kind of mystery that lodges deep and keeps resonating. That, with the supple beauty of his language in prose or poetry, is his truest and most stunning gift.

Just the other day, I heard someone recounting the name of the president of the United States under whom they... read more