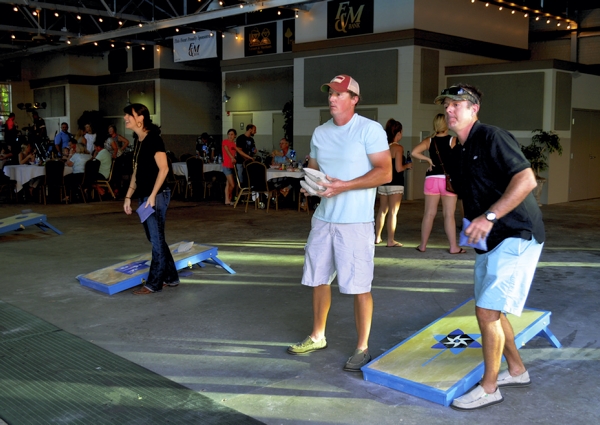 What’s better than getting together with good friends, good food and a friendly game of cornhole?

Some 18 teams — and lots of onlookers — gathered on a warm, Indian Summer evening at the Trolley Barn on Saturday for the first Toss for Tots sponsored by Prevent Child Abuse Rowan.

The event sought to raise some $12,000 for new medical equipment for the organization — and did just that.

The Spider Monkeys were the combination of Ryan Rich and Kevin Watson. Goodnight Irene was comprised of Cress Goodnight and Steve Colwell. It took a while for Trexler and Cline to come up with a name suitable for the newspaper, but they did, and the Weekend Warriors finished third at the end of the night.

Teams and guests enjoyed food truck offerings and music from Divided by Four throughout the evening.

Earlier in the day, more than 50 kids took part in a superhero-themed fun run, which raised awareness for the organization and was a heck of a lot of fun for children and parents alike.