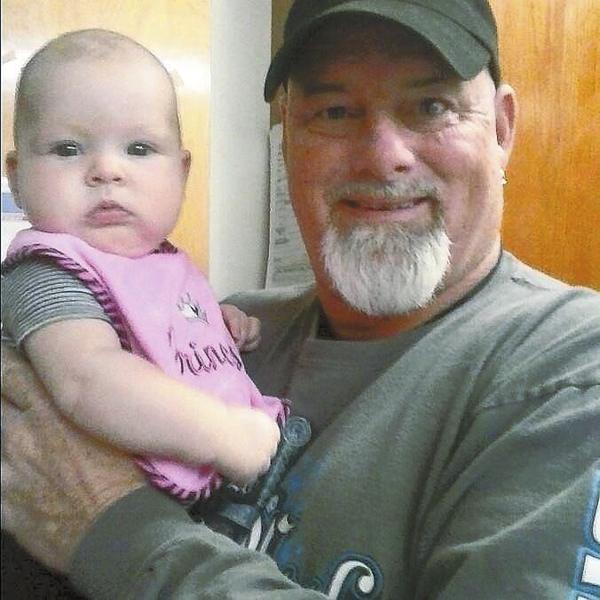 Friends say goodbye to ‘one of the Jones boys’

The Todd Jones Benefit Ride/Poker Run will be held Saturday, starting out at Tamarac Marina.

The run will start at Tamarac and make stops at Stars & Bars, the Carriage Room, Fat Jack’s and Happy Days before returning to the marina.

Too Much Tony will present a concert, starting at 6 p.m.

The event includes a gun raffle, a cornhole tournament and door prizes.

Todd Jones of Woodleaf wasn’t a public official or a local celebrity. He didn’t step out onto the public stage or give away millions of dollars.

But the hundreds of people who gathered in the shade of brother Elbe Jones’ yard Saturday to pay respects would say Todd gave in other ways — ways that still make them smile and chuckle for a second, remembering.

“This is living proof,” stepfather Donnie Hinson said, gesturing to the crowd, “that Todd had a lot of love, and a lot of friends.”

Beside Elbe’s house on Potneck Road, hundreds of cars and pickups were parked in a field. Scores of motorcycles filled the front yard.

For years the Jones boys rode motorcycles together — Todd, identical twin Mike and their younger brother, Elbe. They did everything together, Mike says: bike rallies, mud slings, hot rods.

They started boating a couple of years ago and hanging out at the lake instead of biking, Mike says. But recently Todd bought a Harley-Davidson again.

Kitty Hinson, their mother, says Todd asked what she thought of him buying another motorcycle. She didn’t like the idea. Todd bought it anyway.

Then, last Saturday after lunch, Kitty tried to call Todd on his cellphone. A nurse answered, she says. Todd was in Carolinas Medical Center in Charlotte.

He’d been riding the motorcycle on Old Concord Road about 10 o’clock the night before when a dog ran into the road. Todd hit the brakes and struck the dog. The motorcycle went out of control, ran off the road and came to rest on the shoulder. Todd landed nearby.

An ambulance carried Todd to the Concord hospital, Carolinas HealthCare System NorthEast. Then he was airlifted to Charlotte.

The Highway Patrol notifies families when someone dies. But Todd was hanging on. He was 46, critically injured and alone. No one called the family.

Asked about hospital policy on notifying family, CarolinasHealthCare System issued a one-sentence statement: “We make every attempt to notify families of their loved one’s location as soon as practical if the patient’s identity is known.”

Once Todd’s family learned where he was, they rushed to his side. Kitty remembers Mike saying that wasn’t Todd lying in the hospital bed. Todd was gone.

A few days later, on Tuesday, they said good-bye to Todd for good.

Kitty takes some comfort in the fact that Todd was baptized in High Rock Lake just last year. The pastor reportedly told Todd to admit all his sins. “The other two boys said that must have taken a week,” she says.

People giving eulogies tend to paint the departed as saints, but that wouldn’t have worked for Todd.

Todd, a diesel mechanic, had a great smile and never met a stranger. If you were his friend, he always had your back. But people had tales to tell.

Donnie Hinson said one day he noticed a dent in Todd’s car. Todd said a guy had butted his head against the door. Did the guy have insurance, Hinson asked. Todd said he didn’t ask, since he was the one who used the guy’s head to butt it.

That sent a ripple of laughter through the funeral crowd. People sat in lawn chairs and at tables. Some sat on the ground.

They had gone to North Rowan High School with Todd and Mike, or played together growing up at Ellis Crossroads, or ridden together to the biker’s weekend at Myrtle Beach. With Todd, they had played games at the fair, ridden car hoods across a snow bank or sung karaoke.

The crowd included a retired drivers license examiner, Kelly Powell, who said the Jones boys’ visits to the DMV office made her day. The twins came in together each time they needed a drivers license or commercial drivers license, so she saw them a few times each year.

“Lord knows, you’d know when they walked in the door. The whole mood changed. It was happy,” she says.

“You know, people might look at them and think they’re ruffians or whatever,” Powell says, “But don’t judge a book by its cover. … They just were great people. I can’t say that enough. And they loved their motorcycles.”

Todd’s daughter’s name is Harley — the pride of his life, along with granddaughter Madison — and the urn holding his ashes was fashioned after a motorcycle fuel tank, flame details and all.

We don’t know why tragedies happen, the pastor says; the church’s mission is to make sure people are prepared, and Todd was ready. “He made peace with God in his life.”

Todd touched a lot of lives, his mother says.

“He didn’t touch anybody with a dime because he didn’t have any,” she says, “but he touched them with his heart, because he had plenty of that.”

If Rowan County wants to lengthen its airport runway, it’ll have to shell out more than double the amount previously... read more