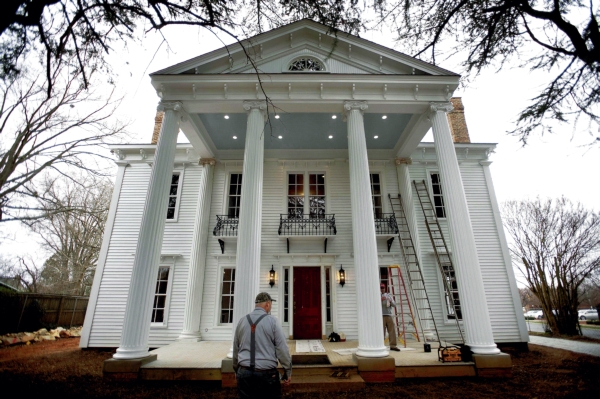 Rowan will see changes when state finalizes its budget

Provisions in North Carolina’s budget are sure to have a local affect when it leaves Gov. Pat McCrory’s desk with a signature.

McCrory on Thursday announced he would sign the state’s proposed budget into law, according to the Associated Press. The $21.73 billion budget passed the Senate on Wednesday with both of Rowan’s state senators — Andrew Brock, R-34, and Tom McInnis, R-25 — voting in favor. The required House votes were scheduled Thursday evening and early Friday morning. Most conservative members of the House express support for the budget, lessening the importance of its margin of passage if McCrory intends to sign it.

The state’s budget sets funding levels for all state departments, some of which trickles down to county departments and school systems. It comes three months after its original due date and just as the legislature enters its eighth month in session. Based on the lengthy amount of time the legislature has been in session, The Salisbury Post has compiled eight budget measures that will directly or indirectly affect Rowan County residents.

With just five words in the budget, Dan Nicholas Park is scheduled to receive a $58,000 grant.

The funds are budgeted under North Carolina’s Grassroots Science Program. Nature Center Supervisor Bob Pendergrass said the grant is specifically required to be used for science, technology, engineering or math-related projects. With the grant, Pendergrass said the park plans to hire an additional naturalist.

Money will also be used for enrichment projects. The exact scope of the project has not yet been planned, Pendergrass said. In general, he said the enrichment project could include “educational materials, improving existing habitats or creating new areas.”

Pendergrass said Brock was an important park of the park being able to secure the grant.

Rowan County would be one of the biggest beneficiaries in the state under a recently hatched update to the much-criticized sales tax redistribution plan.

In a previous budget, Rowan saw middling benefits from a change that would make sales tax distribution more dependent on where people live rather than where they work. An alternate plan in the newest budget places a new tax on repair, maintenance and installation services. Rowan — receiving 3.9 percent of the new sales tax collections statewide — would be the fifth biggest beneficiary in the state once the new tax is implemented.

Respectively, Rowan would be ranked below Harnett County at 5.17 percent, Davidson at 4.96 percent, Union at 4.35 percent and Randolph at 4.27 percent.

The new tax would mostly only distribute revenues to rural counties. North Carolina’s largest urban counties would receive little to no revenue from the additional tax.

Former Salisbury Mayor and Cultural Resources Secretary Susan Kluttz for months lobbied legislators to renew a state tax credit that expired at the end of 2014. Kluttz got her wish in the state’s budget.

Tucked in the final pages of the state’s budget is a lesser version of the state tax credits. Started in 1998, North Carolina provided a 20 percent base credit for taxpayers who also received federal tax credits. A 30 percent credit was provided for non-income-producing properties.

The credit would apply statewide. However, Rowan County’s history suggests it might be a frequent user. Until the credit expired, Rowan County produced a total 49 historic preservation projects, which generated nearly $20 million in total investment. Across the state, figures from the Department of Cultural Resources cite nearly 2,500 projects as generating $1.5 billion since 1998.

Rowan ranks near the top of the state in terms of tax credits used for commercial property rehabilitation.

Some school teachers across the state would get a bit more money in each paycheck.

The budget fulfills a promise to raise beginning teacher pay from $33,000 to $35,000. However, the raise wouldn’t be identical across the experience spectrum. Based on the Rowan-Salisbury School System salary schedule, a teacher with no experience would make a minimum of $37,000 per year in the system.

The latest budget proposal would also aim to reduce class sizes to a 1-16 ratio — a Senate priority.

Teachers will also get a one-time $750 bonus, along with all other state employees.

Across the board, drivers will be forced to pay more money in fees at the Department of Motor vehicles.

Some motor-vehicle-related fees are only going up a few cents. Others are going up a several dollars or more. A duplicate license, for example, will cost $13 instead of $10. Class A, B and C licenses will go from $4 to $5. Registering a private vehicle that holds fewer than 15 passengers will go up to $36 from $28, according to the budget.

The increase in fees was a primary reason State Rep. Carl Ford, R-76, said he voted against a version of the state’s budget.

The Rowan-Salisbury School System would be able to keep all of its state-funded teacher assistants and maintain its driver education program.

Rowan-Salisbury School System Chief Financial Officer Tara Trexler said the system would likely be able to keep all of its teacher assistants paid for by state funding. Trexler said funding for driver education has always been large enough to cover the cost of the program and maintenance on vehicles.

The Rowan-Salisbury Board of Education had previously suspended driver education until the North Carolina General Assembly approved its final budget. Students who have already begun driver education would be allowed to finish, according to the board’s decision.

Local law enforcement agencies could get financial help from state government to pay for body cameras.

The latest version of the state’s budget contains a provision that would provide up to $100,000 to local law enforcement, such as the Rowan County Sheriff’s Office or Salisbury Police Department, for body-worn cameras. However, the local agencies would have to supply double the amount of funding provided by state government.

A total of $2.5 million would be available to local agencies until 2017, according to the budget.

The latest version of the state budget contains a scaled-back version of a provision that would serve as oversight for municipal service districts such as Downtown Salisbury.

Most of the events that occur downtown are funded through an additional tax on property owners that’s funneled through nonprofit organization Downtown Salisbury Inc. The tax adds 16 cents per $100 to bills for buildings, cars and other property. In return, Downtown Salisbury plans events and guides development downtown with the revenue.

A previous budget provision would’ve allowed voters to eliminate the service district through a petition process. The latest version of North Carolina’s budget would require a competitive bidding process for cities that contract with an outside agency such as Downtown Salisbury Inc. Cities would also be required to keep the downtown tax low enough to prevent large savings amounts from accumulating.

Downtown Salisbury Inc doesn’t have a long-term contract with the city of Salisbury to receive the tax funding, Bohland said.