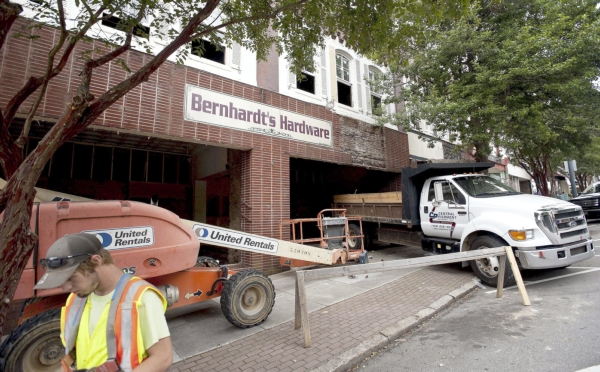 Editorial: The power of preservation

The new state budget has thousands of details to sift through and analyze. One item, however, was an immediate hit with a group convening in Salisbury this week: the restoration of historic rehabilitation tax credits. Members of Preservation North Carolina count that as a great victory, even if the credits are scaled back. And the preservation advocates are in the perfect place to celebrate the win, Salisbury, a community where historic tax credits and a preservation mindset have made all the difference.

Visitors can see the results in many business buildings downtown and stately homes around the city. Among those who tackled ambitious projects just before the tax credits expired were Chad Vreisema and Bryan Wymbs, who bought the former Bernhardt Hardware building on North Main Street in 2013. Since then, the building has been transformed into retail spaces on the street level and apartments above — worthy of being on OctoberTour next month. Without historic tax credits, the old structure might have languished and deteriorated.

The historic tax credits expired at the end of last year, and their revival seemed unlikely. The state Senate was deadset against tax credits of virtually any kind. But preservation advocates persevered, and none more than Salisbury’s former mayor, Susan Kluttz, now secretary of the N.C. Department of Cultural Resources. She put on a relentless push for historic tax credits, visiting dozens of key structures across the state that had benefited from the incentives. Several times Gov. Pat McCrory was by her side.

All told, $1.7 billion has been invested in projects that qualified for state historic tax credits since 1998, touching 90 of the state’s 100 counties. Preservation has the power to inspire people. It can bring faded neighborhoods back to life and spur new waves of economic development. Encouraging that through historic tax credits has been a good investment. The credits would never have existed were it not for visionaries who years ago saw a great future in saving the past. Kudos to Preservation North Carolina for all it has done — and saved — in this state.

Leonard Pitts: Where is accountability?

He was not a terrorist with a dirty bomb in his suitcase. He was not a stalker with a Glock... read more