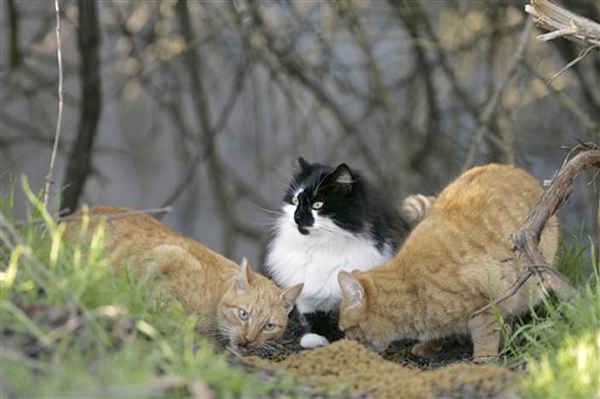 Feral cat colonies exist in Rowan. It’s part of the reason the Rowan County Animal Shelter is so frequently crowded with animals.

Cats are picked up by animal control or turned in by residents. The cats are later assigned a death date if no one adopts the animal. Frequently, however, rescue groups step in and prevent animals from being put down.

To change the current state of affairs, county commissioners on Tuesday approved the existence of feral cat colonies. Earlier this year, commissioners approved the framework and rules for programs that trap, neuter and release animals back into the wild.

So by voting to allow trap, neuter and release programs — and subsequently feral cat colonies — to exist, commissioners made a decision that will likely reduce the animal shelter intake. Most cats brought to the county Animal Shelter are feral, according to shelter statistics. With practice, the number of euthanized cats could decrease sharply in the coming years.

First and foremost, trap, neuter and release programs aim at eliminating the ability of feral cats to reproduce. If most of the cats brought to the shelter are feral, it’s only logical that fewer kittens born each year lessens the number euthanized.

Many Rowan residents already secretly keep feral cat colonies. They simply didn’t publicize it because the county’s ordinances made the colonies illegal. Feral cats also exist without owners in the county.

Some Rowan residents have expressed concerns about a possible increase in disease among cats. Disease, however, is more likely to decrease. Trap, neuter and release programs won’t change how disease is spread. In some cases, the programs may euthanize cats who are too sick to be released back into the wild, according to local veterinarian Rebekah Julian.

Maybe the argument is that, by allowing feral cat colonies, county commissioners would remove the responsibility of animal control staff to pick up stray cats. That argument doesn’t hold water.

The county’s program, which was suggested and supported by Julian, requires community coordinators for the colonies. The cat colonies must also be registered. Animal Shelter staff could easily check to see if a cat is part of a registered colony or not after picking up an animal.

In some instances, the cats will be used on farms to control rodent populations. In other cases, the colonies will be backyard cats that Rowan residents feed every day.

Visit your schools Students in the Rowan-Salisbury Schools want to tell you about their schools. Our community is encouraged and... read more