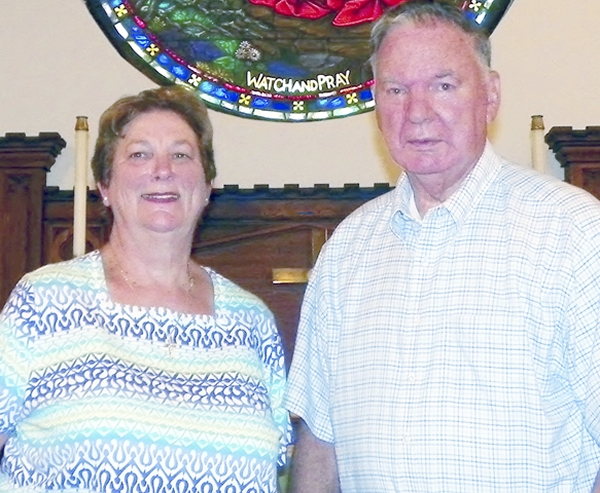 John William Hill and Mildred Elizabeth Hill celebrated their 50th anniversary Aug. 29, 2015, at an event held in their honor at Liberty United Methodist Church in Gold Hill. They were married Aug. 29, 1965, at St. Matthew’s Episcopal Church in Salisbury by the Rev. Robert N. Davis.
John worked at N.C. Finishing Company and retired from Kosa in 1999. Mildred was employed by Locke Long Insurance for 34 years and retired in 2002 after 43 years in the insurance industry.
Their children are Todd Hill and wife Melissa of Pittsboro and Michael Hill and Susan of Salisbury. Their three granddaughters are Emma Grace, Blair and Ashlee.