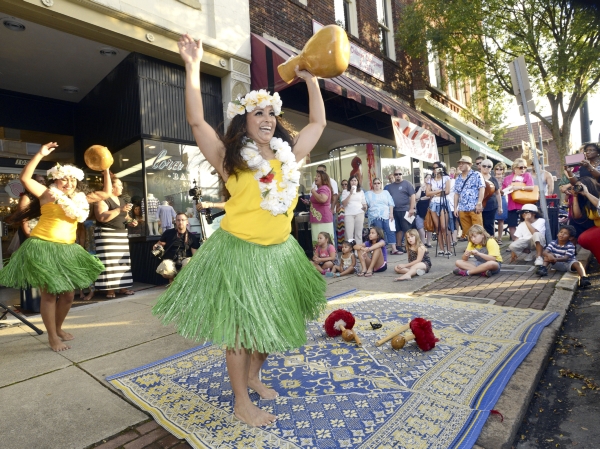 Patrons of businesses in downtown Salisbury today will be treated to a range of musical acts and other performers as part of the third-annual Busker’s Bash.

More than 50 performers and groups signed up to be part of the Busker’s Bash. The performers will show off their talents between 6 p.m. and 8 p.m. Songwriters, guitarists, saxophone players, magicians, death defying acts, dance troupes, sleight of hand acts and a HangPan player comprise the performers signed up for today’s Busker’s Bash, according to a news release.

Attendees will receive five custom Busker’s Bash guitar picks and a map to use for voting. Each performer will have a bright orange bucket and a “vote for me” poster. Tossing a guitar pick into a bucket counts as a vote. Voting ends at 8 p.m.

Attendees can pick up the guitar picks at one of three tents in downtown Salisbury. The tents will be at Queen’s Gifts — 221 S. Main St. — Salisbury-Rowan Visitor’s Center — 204 E. Innes St. — and the lawn of Rowan Museum — 202 N. Main St.

Votes will be counted in the Empire Hotel. A news release from Downtown Salisbury Inc. says attendees are invited to watch the vote counting. Attendees and performers are invited to a grand finale at Uncle Buck’s All American Pub & Grub — 127 S Main Street — at 9 p.m. to hear winners announced. Winners include first, second and third place prizes and up to four honorable mentions.

The first place prize winner of the Busker’s Bash will be invited back to be the opening gig at the Saturday, Sept. 26,  Music-at-the-Mural concert in Downtown Salisbury.