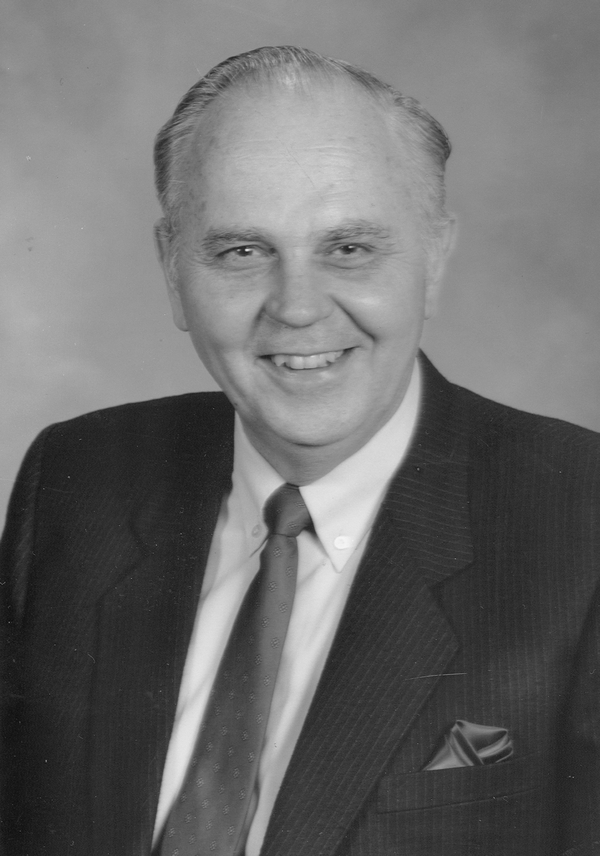 Most freshmen are accompanied by their parents when they first arrive on campus. What Ed Fowler didn’t realize was that when his parents brought him to Catawba College in the fall of 1981, he, in turn, was also bringing them to Catawba.

Happily for the college, Ed’s parents stayed on long after his graduation. In many ways, Catawba College became a Fowler family affair, one that has endured, and promises to do so for years to come.

Newt and Nancy Fowler of Concord knew of nearby Catawba College through their friends who were Catawba alumni, John and Jo Coble, both of the class of 1952, but their active interest in Catawba began when their son Ed chose to attend.

Ed went on an athletic and academic scholarship. A basketball player, he served as captain, and was All-Conference. He became the college’s first Academic All-American in his junior and senior years. As a senior, he was awarded both the Kirkland and the Whitener Awards.

His parents, appreciative of the education and opportunities Ed had at Catawba, were also very supportive of him on the basketball court. Newt and Nancy missed only one game in which their son played, including trips to Kansas City for the NAIA National Tournament. In essence, Nancy explained, they fell in love with Catawba.

“We even went to San Diego to see the Catawba basketball team play after Ed graduated,” Nancy said.

Ed graduated in 1985. He went on to complete medical school and establish a practice as a family physician, but Newt and Nancy continued to attend Catawba events, stayed active members of the Chiefs Club and quietly provided support to a wide variety of programs and projects at the college, with a soft spot for athletics. Nancy and Newt were both student athletes and sports enthusiasts. In school, she played basketball and ran track, he played football and baseball.

Newt Fowler became a member of the Catawba College board of trustees, serving from 1996 until his passing on May 23, 2013. During that time, he chaired a successful $59 million capital campaign for Catawba from 1997-2002. He also chaired the Development Committee of the board. The Fowler Athletic Office in the Mariam and Robert Hayes Field House was named in his honor. Catawba awarded him an honorary degree, doctor of humanitarian service, and honored him with the prestigious Adrian L. Shuford Jr. Award.

Born in Roanoke, Va., on March 7, 1929, Newton O. Fowler graduated from Mount Airy High School and was later inducted into the Greater Mount Airy Sports Hall of Fame. He received degrees from Lees McRae College, the University of Richmond, where he and Nancy met as students, and the executive program at the University of Virginia.

He served in the U.S. Army during the Korean War. He was responsible for the building of the Philip Morris USA-Cabarrus Manufacturing Center in Concord and was the plant’s general manager for nearly 38 years before his retirement. He was active in many business and civic organizations in the Concord-Cabarrus area, including the Chamber of Commerce, United Way and Rotary International.

He was recognized in the Who’s Who Worldwide Registry, and was a recipient of the Personalities of the South Award and of North Carolina’s Order of the Long Leaf Pine. With all these and still other achievements and accolades, what most people who met Newt noticed was his genuine friendliness and sincere interest in them. They only later learned — from other people — about the extent of his accomplishments and influence.

Newt Fowler’s heart for making a positive difference in the lives of others is a trait shared by his family. The Fowlers’ impact on Catawba College continues to thrive. Nancy Fowler, along with her children, son Dr. Ed Fowler and his wife Christina of Greenwood, S.C., and daughter Margaret Fowler Porter and her husband Mark of Concord, have established the Newton O. Fowler Memorial Endowed Scholarship Fund, a tribute to the enduring and constructive influence which Newt’s leadership and service had on the college.

Preference for the scholarship will be given to baseball and football players who are enrolled in the Ketner School of Business and who have a GPA of 3.0 or higher.

“Scholarships weren’t awarded to women when I was in college,” Nancy said, “but my husband and son received scholarship support in college that helped them greatly.” The Fowlers, knowing personally what a difference scholarships can make, want to help young men — and women — in that same way.

The Fowler family established the Fowler Endowed Scholarship in 2005, and increased it to the Fowler First Family Scholarship level in 2011. Preference for that scholarship is given to a student athlete who maintains a 2.75 GPA while majoring in education.

New generations of the Fowler family continue to make their mark at Catawba: two of Nancy and Newt’s grandsons are students. Bryce Fowler is a junior business administration major and a member of the baseball team, and sophomore Steven Porter is an integrated marketing and communications major who plays football.

Additionally, the Fowler family made a generous gift in support of the Black Lake Retreat Center in memory of Newt. Black Lake became of interest to the Fowlers when grandson Steven attended a retreat there and shared with his family what he learned about plans for improvements to the facility to make it more accessible to larger groups of Catawba College students.

Nancy continues to support the college and is an active member of the Chiefs Club. At the next football or baseball game, look up in the stands for a member of the Fowler family. You just might spot a proud parent or an even prouder grandmother cheering them on.

Rowan Public Library Are you a middle or high school teen?  If so, be sure to mark your calendars for... read more