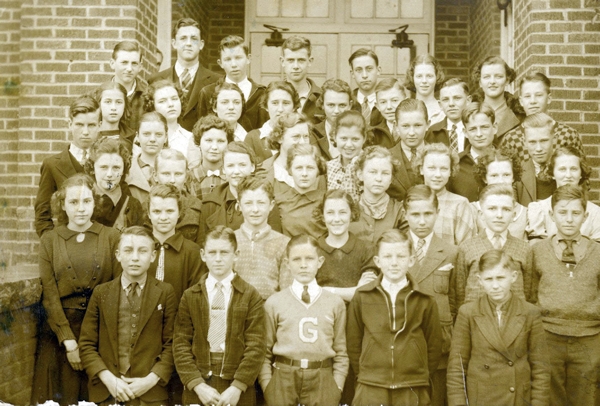 This photograph, submitted by Randall Smith of Old Beatty Ford Road, shows a 1937 class at Granite Quarry School that included his mother, Betty Smith, whose maiden name was Betty Gardner. Betty is the last person on the right in the photo’s back row. Betty and her husband, Hollie Smith, would have three boys: Randall, Tim and Cliff. In 1958, Betty became head cashier and office manager of the second Food Town store, which was opened that year and located at East Innes and South Long streets. She later worked for Salisbury City Schools. Betty Smith died in 1987 at the age of 64.

David Garmon of China Grove submitted this paper copy of a Cabarrus County Hospital bill that was among his mother Katherine’s papers... read more