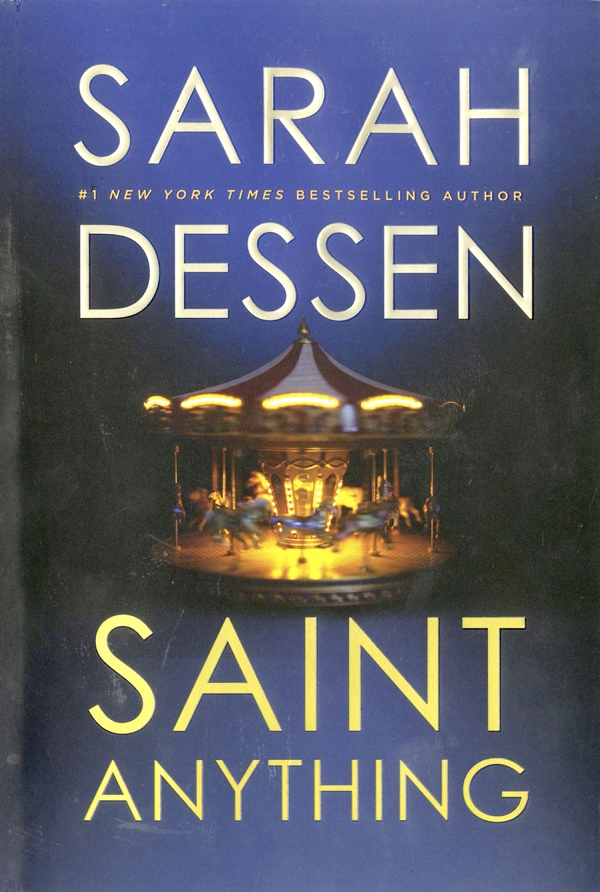 Author of ‘Saint Anything’ relates to teens and adults Sarah Dessen’s “Saint Anything” is a true page-turner in that it has something for everyone who reads it to really relate to.

The book itself is more directed toward young adults and teens, but can still be enjoyed by adults in reflection of their youth. Dessen manages to bring the characters to life and really makes the emotions and experiences deeply felt by the reader.

Anyone who has ever had the feeling of being invisible, any families who have ever struggled with another member’s mistakes, anyone who has moved to a new school or felt the wonder and excitement that comes from discovering something you can call your own will be able to relate to this book.

Dessen manages to go deeply into serious issues teens face today and provides a great deal of insight. She brings readers on a journey back to their high school years and reminds them of their own adolescence.

Dessen writes from the first person perspective of Sydney Stanford, who is a junior in high school. There are a number of flashbacks Dessen uses to fill the reader in on what is happening with the Stanford family. The book itself begins in a courtroom with high tensions.

Sydney’s older brother, Peyton, is involved in a drunk driving accident and is sent off to prison. Julie and Peyton Stanford, Sydney’s mother and father, do the best they can to adjust to their new life. Julie is an actively involved parent, so it is somewhat ironic her oldest child ends up getting into drugs and alcohol, ultimately landing him in jail.

With her parents’ attention focused on Peyton, Sydney has grown up feeling less than adequate in comparison with her brother. She has always felt invisible. Due to financial cutbacks and Sydney needing a change, she decides to transfer from her private high school, Perkins Day, to a local public school, Jackson High.

After her first day at Jackson she stops at a pizza restaurant where she meets Layla and Mac Chatham, a junior and senior who also attend the same school. Much of the book focuses on the friendship that develops between Sydney and the Chatham family.

One of the main reasons Sydney becomes so close with the Chathams is that they face similar struggles within their family. Mac and Layla’s sister, Rosie, was also arrested for drugs. Before this, Rosie had been active in ice skating competitions, working her way to competing in the Olympics.

After a skating injury, she became addicted to the pain medication and tried to use a fake prescription. Layla and Sydney understand each others feelings of disappointment and anger that conflict with their feelings of love and admiration for their older siblings.

Throughout the novel, Sydney deals with guilt from the accident her brother caused. No one else in her family seems to be much affected by the aftermath. Sydney feels the need to apologize to the other family impacted by her brother’s reckless driving. Meanwhile her mother desperately attempts to find ways to celebrate the slow progress Peyton is making in prison.

The book’s title references to a pendant of Saint Bathilde, the patron saint of children, that Mac always wears. Later in the novel Mac decides to give a saint pendant to Sydney and he tells her, “I was looking for one like mine, then just someone I recognized. But then I thought maybe it was cooler to have it be a mystery, you know? So it’s not just about one thing, but anything.”

Even as a 21 year old, I still found Dessen’s book to be very heartfelt and relatable. It was interesting to read it at an age which is right in between adolescence and adulthood. It was easy to empathize with Sydney and her thoughts and feelings, as well as feel understanding and sympathy toward those of her parents.

I really enjoyed Dessen’s book because she makes you think about the psychology of human nature and the interactions and the overall impact friends and family have on one another.

On August 22 at Baker’s Creek Park in Kannapolis, the lies, stories, and exaggerations were fabulously creative and the ice cream... read more