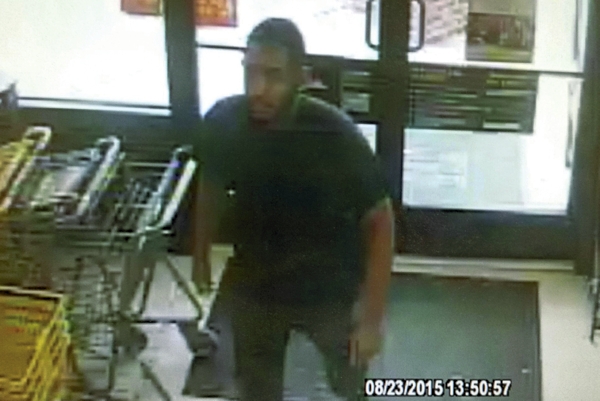 Spencer Police are asking for the public's help in locating this man, whom they say used a cloned credit card in Dollar General and Food Lion to buy items. The victim still has his card, but the information from it was placed onto a counterfeit card and used by the suspect. Submitted photo

SPENCER — Police are seeking the public’s help in identifying a man they say stole credit card information from a Union County man and bought items with the cloned card at Spencer stores.

The victim said he’s never been to Spencer and his credit card was still inside his wallet. The suspect was able to obtain the victim’s credit card information, in a process known as cloning or skimming, and put those details onto a counterfeit card.

James said the growing trend among criminals is happening throughout the United States, but it has not occurred in Spencer prior to this incident.

He said the suspect, wearing a dark T-shirt and dark pants, used the cloned card to buy a water bottle, a greeting card in one store and a greeting card and a “green card” or pre-paid debit/credit card in the other.

James said the pre-paid debit/credit cards are then easier to manipulate that the counterfeit or cloned credit card.