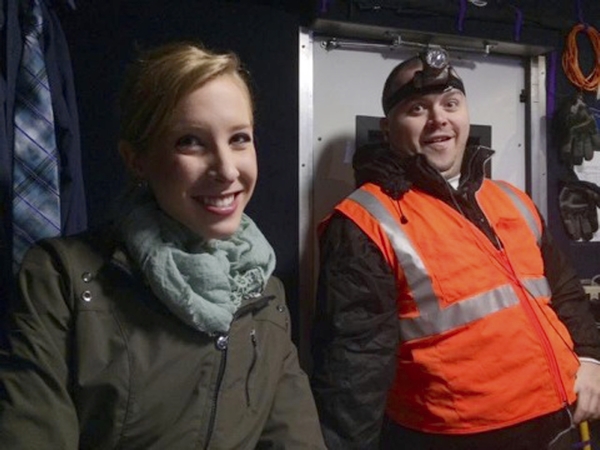 Another tragic, high-profile shooting has grabbed the nation’s attention, this time the murder of two Virginia TV journalists during a live broadcast.

Journalists are under siege in many parts of the world by those who don’t want their stories to get out. This shooting, though, is more about a former co-worker’s anger and resentment, driven at least in part by race.

Reporter Alison Parker, 24, and videographer Adam Ward, 27, were so focused on the interview they were conducting Wednesday morning that they did not acknowledge the approach of Vester Lee Flanagan. First Flanagan was simply videoing their actions — not unusual in the video age. Then he pulled out his gun and fired away, killing the two and injuring the woman they were interviewing as cameras kept rolling.

Flanagan posted his video of the attack on social media, then shot himself as police closed in. In notes he left behind, the 41-year-old said racially motivated shootings in Charleston, S.C., in June sent him over the top. Flanagan, who was black, described himself as a “powder keg,” a term often used in connection with unrest in Ferguson, Mo. His victims were white.

Flanagan was a troubled person long before Ferguson’s eruption and Charleston’s heartbreak, however. As a gay black man, he often felt discriminated against, according to reports. He was dismissed from two TV stations, reaching a settlement with one if not both. A WDBJ official in Roanoke said Flanagan was difficult to work with and seemed to look for reasons to be offended.

Even if Flanagan had legitimate concerns, nothing could justify this cold-blooded attack.

Virginia Gov. Terry McAuliffe reiterated his support for background checks on firearms purchasers and criticized the state legislature for failing to pass tighter gun control. Opponents of gun control will call that reaction predictable, but the National Rifle Association’s line of reasoning is equally easy to foresee: The only way to stop a bad guy with a gun is a good guy with a gun. It’s hard to see how being armed would have helped Parker and Ward as they concentrated on their work. The poisonous mix of mental instability and gun availability appears to be unstoppable. Nothing changes if nothing changes.

TV crews in the field increasingly encounter passersby who harass them or interfere with live broadcasts. Some national reporters take security guards along when assignments carry them into trouble spots. Unfortunately, the list of risky locales keeps growing, and anti-media rhetoric doesn’t help.

The deaths of Allison Parker and Adam Ward pull together several threads of modern-day discord — about race, sexual orientation, guns, social media, video ubiquity and the media. Ultimately, though, they were innocent victims of a disturbed man. May they rest in peace.

Leonard Pitts: Carter shows what faith should be