Whatever happened to the headstone of Michael Braun? 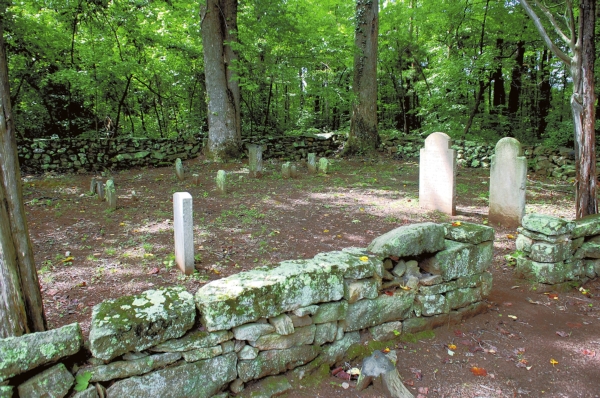 SALISBURY — For years, historian Susan Sides has been fascinated by the life and work of Theo Buerbaum, a Prussian immigrant who for close to 50 years operated a Salisbury bookstore.

Buerbaum also could be considered a historian and photojournalist of his day. Much of the visual documentation we have of Salisbury and Rowan County, especially from the early 1900s, comes from photographs taken by Buerbaum. He sent those photographs to printers in Germany, who made them into postcards that Buerbaum would sell in his store.

Buerbaum postcards make up the majority of Sides’ large collection, which she has previously published in book form. It’s only lately, however, that Sides has been pestered by a question. Did Theo Buerbaum, her local hero of history, know what happened to the original marker for Michael Braun’s grave?

First, a little bit about Michael Braun. In Colonial days, the German-born Braun and his family migrated to Rowan County from Lancaster, Pa., and over time Braun, a wheelwright by training, became one of the county’s largest planters, a printer and owner of a profitable tannery.

Most notably, he built in 1766 what has long been known as the Old Stone House near Granite Quarry. It is a cherished landmark today of the Rowan Museum and is Rowan County’s oldest house.

Across the road from the Old Stone House is the Michael Braun family cemetery. Stone walls make up its borders, and about 24 markers, or pieces of markers, still exist inside the boundaries.

Included in the cemetery is an attractive pink granite marker, shaped like a gravestone, that pays tribute to Michael Braun as patriarch of the Brown (the surname evolved to Brown) family, clearly one of the most influential clans in Rowan’s history.

The Brown Historical Committee erected the Michael Braun marker in October 1981 and included this inscription at the bottom: “In 1881, Rev. Jethro Rumple wrote in A History of Rowan County: ‘In the little graveyard, walled in with stones, lie the remains of Michael Braun and his wife, with quite a number of descendants.'”

But if Michael Braun is buried there, what happened to his original headstone? Here’s where Sides comes in with her theory — and it has been offered before — that maybe Buerbaum took Braun’s gravestone for safekeeping.

Through the years, Sides became acquainted with several descendants of Buerbaum, including granddaughters Frances Winch of New York and Elizabeth Avery of Greenville. Sides was visiting Avery at her home one day when Avery invited  her to go through “a cabinet of old stuff,'” in case there was something she might be interested in.

“Of course, I got down on the floor” and waded in, Sides says.

That’s when Sides came across a 1907 diary of Buerbaum’s, and Avery wanted her to have it, knowing Sides was keeping her grandfather’s memory alive. Sides read the diary front to back and was fascinated with every page.

Buerbaum wrote about a July Fourth celebration at which Carrie Nation held forth on the public square about the evils of alcohol. He talked about a vestry meeting at St. Luke’s Episcopal Church and discussion about enlarging the building.

Buerbaum’s diary recounted a baseball game between the Knights of Pythias and the Elks that ended in an 8-8 tie. The game was raising money for the Confederate statue.

He had a July 25 notation about a small run on Wachovia banks. There also was a notation about his friend, Dr. Francis Murdoch, who on June 30 celebrated his 35th year as rector at St. Luke’s.

“It’s a wealth of information and a glimpse of yesterday,” Sides says. It became one of her treasured possessions.

This past autumn, Sides went on Historic Salisbury Foundation’s Sacred Places Tour of eastern Rowan County, and one of the stops was the Michael Braun family cemetery across from the Old Stone House.

“My mind clicked,” she says. “I knew I had seen something about it.”

Sides recalled that the Buerbaum diary had mentioned the cemetery. Buerbaum apparently had visited the spot and over several pages, he drew a diagram of the cemetery and the gravesites and existing markers inside.

Where possible, he also wrote down the inscriptions on each stone, translated any German and noted if a marker was granite or marble. He documented 21 gravesites and numbered 15 of them — those which had headstones.

Nothing exactly suggests there was a Michael Braun marker in 1907. In fact, the condition of the cemetery looked to be deteriorating. “The walls of the cemetery are in bad condition,'” Buerbaum wrote in the diary, and he also described the Old Stone House, which was restored in 1966, as dilapidated.

Sides says the diary’s sketch and a recording of the inscription is good historical documentation. She later became intrigued by the 1975 book “Michael Braun of the Old Stone House” and a 1981 Salisbury Post column, both of which mentioned a researcher’s note uncovered from September 1927.

That notation, according to  the late Roscoe Brown Fisher who edited the book, said, “Now owned by Mrs. Theo Buerbaum, whose husband had been a member of the Rowan County Historical Society, is a stone taken from the Esquire Michael Braun’s stone house, cut as follows: ‘Michael Brown 1766’ and another which looks somewhat like a tombstone ‘MK & FB 1796.'”

Fisher, in his 1981 article for the Post, said, “It is assumed that a monument for Michael (Braun) was standing when Rumple described the then 100-year-old family burying ground. Further conjecture has it that during the years of the early 1900s, when the Old Stone House was in a deteriorating condition, vandals who carried away siding and flooring from the stone house also would have doubtless considered Braun’s grave marker handsome bounty for their loot.”

Sides can’t help but ask herself whether Theo Buerbaum had thought to take the Braun headstone for reasons of protecting it, given that his wife clearly possessed something from the cemetery a year after Theo’s death in 1926.

Buerbaum had a sense for history, given all the photographs he had taken. Plus, he was the founder of the Rowan County Historical Society. He stored some of his most important papers in a vault at the courthouse, Sides said, but she doubts a tombstone would have been in there.

Historian Betty Dan Spencer has heard the Buerbaum theory before, but she says one first has to ask whether an original headstone for Michael Braun ever existed. There’s no concrete evidence that it did, only assumptions, she says.

Spencer says the late Bill Brown, who lived in the Buerbaum house at 414 S. Main St. also looked in the attic, under the house and on the grounds for signs of a Braun tombstone, but he never found anything.

In addition, Sides says she doubts Buerbaum’s old store, where today’s Salisbury Wine Shop is, would have been where Buerbaum put a stone.

Both Spencer and Kaye Brown Hirst, executive director of the Rowan Museum, say it simply comes down to no one really knowing what happened to the original Michael Braun marker, if there was one.

“I’d love to find it,” says Hirst, a Brown descendant herself.

Rowan Museum is in the process of building a parking lot for the Old Stone House on the same side of the road and not too far from the Braun family cemetery. Hirst says the museum has asked its contractor to pay close attention as it disturbs dirt.

“We have been on the lookout — you just never know,” she says.

But the whereabouts of Braun’s original grave marker remains a mystery, an elusive chase.

If the stone ever surfaces, Hirst says, “I’ll take you out to lunch.”

Salisbury the Magazine hits the streets this week