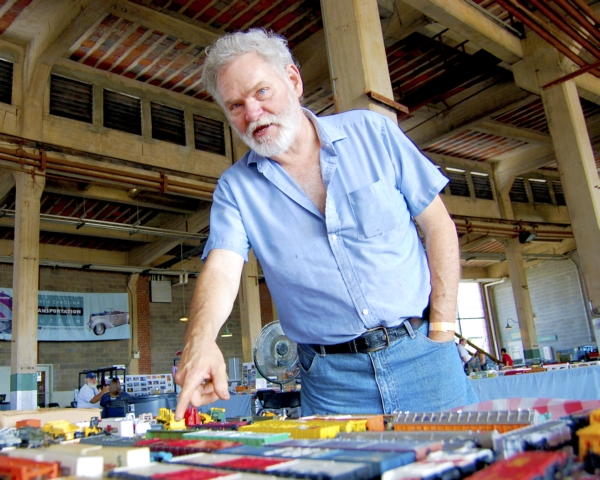 The North Carolina Transportation Museum is hosting the Historic Spencer Shops Train Show, making it the railfan and train modeler’s paradise this weekend.

“It runs the whole gamut,” she said.

This is the third annual Historic Spencer Shops Train Show since the museum renewed the show after years of not holding it.

“What better place to have a train show than a place that has big, moving trains?” said Leah Cook, the museum’s gift shop manager.

“It brings a lot of modelers together,” she said.

“We’ve got folks from all over,” said Executive Director Kelly Alexander.

Four speakers ­– authors, old railroad men and a famous photographer – are presenting at the show.

There are also free speeder car rides, and passenger train and caboose rides can be purchased at an additional price.

“That’s what the kids like,” said Mark Deaton, director of visitor and administrative services.

Alexander said that Saturday wasn’t as busy as last year’s event, but she’s not surprised.

“I think many people are holding out for next weekend’s Lincoln funeral train event,” Alexander said. “It’s going to be a great event next weekend.”

Even though he doesn’t have a layout set up right now, he wanted to look for novelty train cars to grow his collection.

He said he’s perfected the methodology for attending a show like the one at the Transportation Museum.

First, Ratajczak said, you go around and see what they have. Secondly, you assess your financial situation. The final step before buying is to keep in mind how much space you have and if cats or small kids will have access to your model.

Next weekend, a replica of President Abraham Lincoln’s funeral train will be on display at the museum. The event includes tours of the train car, living history soldier camps, lantern tours, cannon demonstrations and much more.

Whatever happened to the headstone of Michael Braun?