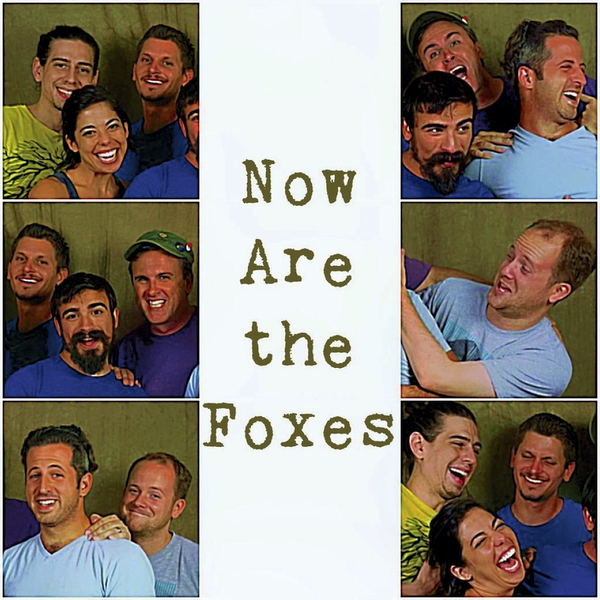 Local improv troupe Now Are The Foxes are part of the comedy lineup this weekend at LSt.

Get your tickets for the 2015 Regional Comedy Festival at Lee Street theatre!

Join us for a hilarious night of laughter at the 2015 Comedy Fest at Lee Street theatre featuring four area comics. Performances are Aug. 21 and 22 at7:30 p.m. and tickets are $15 + tax.

Johnny Millwater has devoted his life to making people laugh. His extraordinary use of language, rapid-fire delivery, and old-school showmanship make his shows fun, hilarious, and unforgettable!

Armed with a projector and a truly odd point of view, AJ Schraeder will take you through a stream of conscious presentation of how he sees reality. Travel with him as you traverse a landscape of social satire, and in the end you’ll feel good just knowing you’re not as weird and nerdy as he is.

Robot Johnson started performing in the back of a lowly bar, and after several years of blood, sweat and cursing, they now perform in the front of a slightly nicer bar. They’ve done anywhere from 6 to 20 one hour original content shows each year since the group’s inception in 2007.

Now Are the Foxes is an ever-evolving, innovative improvisation and sketch comedy company based along the I-85 corridor, dedicated to growing their performance skills and entertaining others. Self-professed dysfunctional-but-lovable clowns with a wicked sense of humor and a satirical perspective on everything, Now Are the Foxes are the group of friends that make you laugh until your sides ache!

Open mic kicks it off tonight

To kick off the festival, Lee Street theatre is hosting an Open Mic Comedy Competition this evening, Aug. 20 at 7:30 p.m. Tickets for this performance are just $5 + tax. Sign up to perform by emailing Cale Evans at QueenCityComedy@gmail.com. There is no entry fee, and there will be cash prizes for first and second place.

All performances at the Lee Street theatre and Performing Arts Center at the Tom and Martha Smith Event Center, 329 N. Lee St. Tickets are available at www.leestreet.org or 704-310-5507.