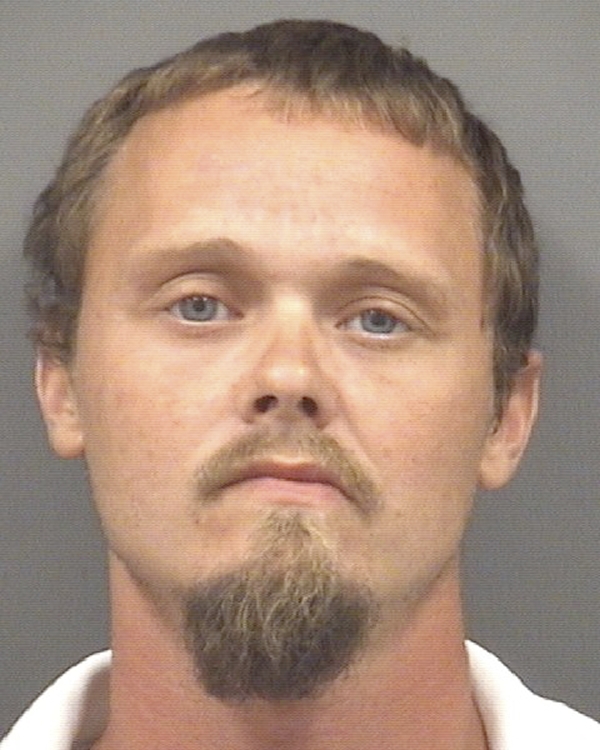 Police say they interrupted a man as he punched his estranged wife in a South Martin Luther King Jr. Avenue parking lot. A witness called to say a woman was being assaulted, and police arrived as the man continued his assault.

Police said the incident happened at 7 p.m at the Jaycee-Optimist Sports Complex parking lot, 1113 S. Martin Luther King Jr. Ave. When police got to the scene, they saw Cline pull his estranged wife by her hair and strike her in the face with a closed fist. The officer turned on his lights and siren in the hopes that the man would stop.

A report said Cline did stop and then took off into a nearby wooded area. Police caught up to him a short time later on Celebration Drive.

Officers returned Cline to the sports complex where they also talked to his wife, who said they were separated. Cline accused his wife of cheating and the couple went to a “public” place to talk, said Police Capt. Shelia Lingle.

The two began talking and it escalated. At one point, Cline jumped onto the hood of his wife’s car and punched the window, cracking it. She was inside the vehicle when he struck the window. He talked her into unlocking her door and allowing him back inside the car, Lingle said.

The two struggled for the car keys and Cline grabbed his wife by the throat and hit her in the face several times. The two got out of the car and that’s when, police said, a witness called about a woman being “actively assaulted.”

Since Cline is charged with a domestic assault, he was held in the Rowan County jail without bond until he appeared in court Wednesday morning.

Cline has a number of convictions including possession of drug paraphernalia and fictitious information to law enforcement.

According to the N.C. Department of Public Safety, Cline is listed as an absconder. He is on probation for an assault on a female conviction from July of this year.