Controversy at LL World Series; team accused of losing to Rowan on purpose 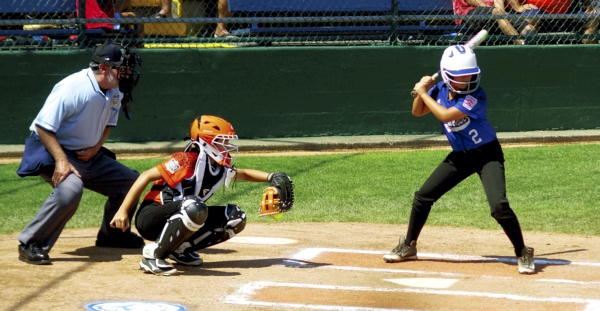 According an article published this morning in the Des Moines (Iowa) Register, the West team from Washington state intentionally lost its World Series game to Rowan Little League on Monday in Portland, Ore. Rowan, the Southeast region champion, won 8-0, securing its place in tonight’s televised semifinals.

Little League International confirmed the allegations this morning and the story has been covered by ESPN, CNN and various national sports talk shows. Indeed, the situation has blown up.

“The Little League International Tournament Committee recently received credible reports that some teams did not play with the effort and spirit appropriate for any Little League game,” the release states.

Given the circumstances, the release continues, the governing body was requiring “that a tie-breaker game be played between the two affected teams – South Snohomish Little League and Central Iowa Little League.”

Chris Chadd, president of Central Iowa Little League, told the Des Moines Register that “it’s clear to everyone that they (Washington) basically threw the game (against Rowan).” Chadd added that the Washington team benched several starters and players were bunting in an attempt to lose the game. Rowan pitchers ended up with a no-hitter.

A Washington loss to Rowan meant that Iowa would not advance to the semifinals. A win by Washington would have place it and Iowa in the semifinals and Rowan would not have advanced. In earlier pool play, Iowa defeated Rowan, 3-1, and Washington edged Iowa, 4-3, scoring in the bottom of the last inning.

Rowan head coach Steve Yang, reached by telephone on Tuesday morning, said that Washington’s tactics were obvious early. His team, 11- and 12-year-old girls, even figured it out.

“By the third inning, our girls were asking ‘what’s going on with them’ (the other team),” said Yang. “We just told them to play our game and not worry about it.”

Yang said that he doesn’t feel that Washington’s efforts disrespected Rowan as a team but that it was “more of a strategy move on their part to better their chances of winning it all. Obviously, it didn’t work out as they had planned.”

The Rowan coach added that his team can play with any of the teams there in Portland. “We lost to Iowa, 3-1, because we made three huge mental mistakes,” said Yang. “We still haven’t played a complete game like we did in the regional championship against Georgia, to get here. When we do, we can beat any of these teams.”

Yang said that he doesn’t expect the controversy to affect his team.

“After the game, they saw the ESPN trucks and extra lighting trucks moving around, so they got very excited about that,” said Yang. “From our standpoint, it doesn’t matter how we got there, we’re there. We’re just going to go out there, enjoy the moment and play hard.”