Cal Thomas: The summer of our discontent 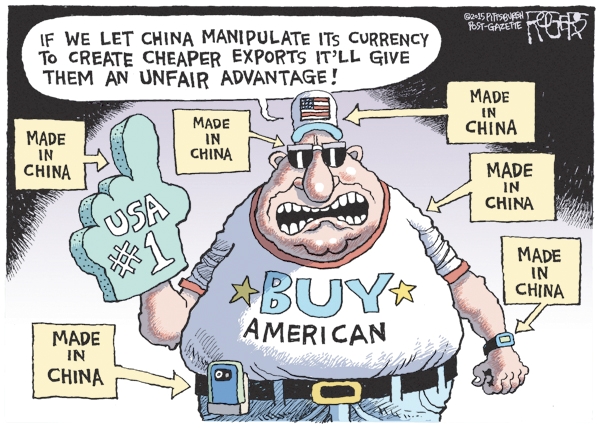 Donald Trump and Bernie Sanders represent two sides of the same coin. Both men have tapped into a deep anger — a discontent — in the public mood. Little seems to be going right. America appears in decline under a disengaged president. We can’t seem to win wars, or know why we are fighting them. People are afraid of losing their jobs or unable to find one. While the treasury takes in record amounts of money from working people, it outspends its income. Sanders and Hillary Clinton want to spend (and borrow) even more.

Why the anger? Is it justified and more importantly, is anger a winning strategy?

Our anger should be directed less at politicians (although many are deservedly targets) and more at ourselves for expecting more from government than it can deliver. When the Founders pursued liberty, their intention was not only liberation from an oppressive English monarchy, but liberty for themselves and their posterity. With liberty comes responsibility. John Adams warned: “Posterity! You will never know how much it cost the present generation, to preserve your freedom! I hope you will make a good use of it.”

We have not made good use of it, but we are blaming the wrong people. The politicians care mostly about their careers. They will increasingly provide “benefits” in exchange for votes. Republicans, who promised to end the gravy train, or at a minimum slow it down, have done little to reduce the spending spree. And so voters are angry at Republicans.

Democrats have not reduced poverty or elevated the middle class, despite record amounts of spending on “anti-poverty” programs and empty promises to support those who languish between wealth and poverty. And so Bernie Sanders and his growing number of followers are angry at them.

In sports, boundaries determine the limits of a playing field and rules define how the game is played. The Constitution was written to put boundaries on government and provide the maximum amount of liberty under the law to its citizens. Thomas Jefferson made that point in 1801 when he said, “…a wise and frugal government, which shall restrain men from injuring one another, shall leave them otherwise free to regulate their own pursuits of industry and improvement, and shall not take from the mouth of labor the bread it has earned — this is the sum of good government.”

Government has become dysfunctional because it has exceeded its constitutional boundaries. That’s why liberals and conservatives are discontented, though for different reasons. The left wants more of what’s not working, and the right wants less, but because of its timidity hasn’t made its case.

Perhaps that’s why a proposal for an “Article 5” constitutional convention to put government back within its constitutional boundaries appears to be gaining momentum. According to the Balanced Budget Amendment Task Force, which tracks petitions, 27 states have filed active petitions with Congress. Seven more are needed.

Franklin Roosevelt, who more than any other U.S. president expanded the power and cost of government, said in 1938: “…let us never forget that government is ourselves and not an alien power over us. The ultimate rulers of our democracy are not a president and senators and congressmen and government officials but the voters of this country.”

So, if you are discontented with government, look in the mirror and discover the person most responsible for expecting too much from government and too little from yourself.