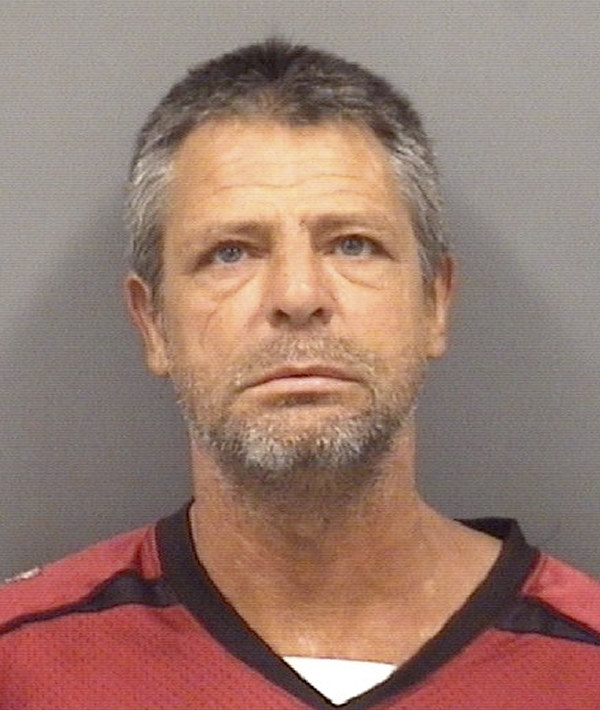 The biological father of missing teen Erica Parsons was charged Monday with trespassing at the hospital, where he’d been banned previously.

According to a police report and warrant, Goodman was arrested without much incident and taken to the Rowan County Detention Center where he remains under a $1,000 secured bond. Few details were available as to the circumstances for his initial ban from the hospital, but he was not allowed to be at the hospital and had previously been told to not return.

Goodman’s daughter with Carolyn Parsons, Erica, has been missing since November 2011, but wasn’t reported missing until July 2013. The Rowan County teen has been the subject of local and national attention. Her adoptive parents Sandy and Casey Parsons have also been at the center of attention since the beginning, but were not charged in her disappearance.

However, the Parsonses were sentenced in March on fraud charges after authorities said the couple received government-funded adoption assistance, Food and Nutrition Services (food stamps), Medicaid and Social Security even after Erica was no longer living with them.

A $50,000 reward is still in place for information about the disappearance of Erica Lynn Parsons. Anyone with information is asked to contact Rowan County Sheriff’s Office 1st. Lt. Chad Moose at 704-216-8687.

By Shavonne Walker shavonne.walker@salisburypost.com Salisbury Police have identified Lamark Stallings as the van driver who was killed in a Monday... read more