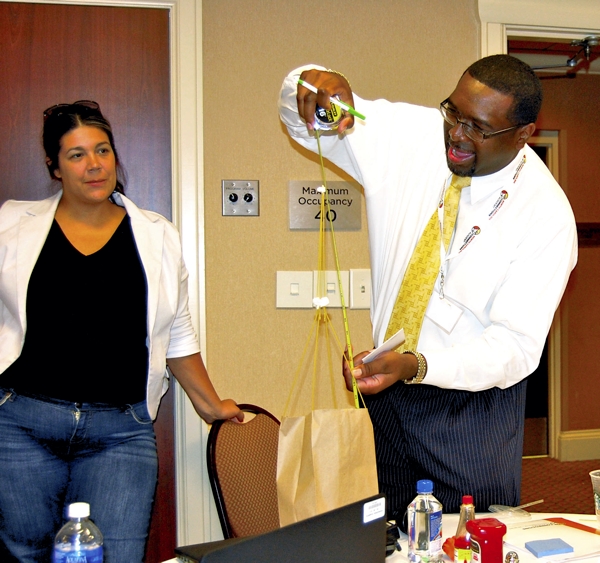 This year, students across the state will be able to attend public school from home through North Carolina Connections Academy, one of the state’s first online charter schools. Longtime Rowan-Salisbury teacher, principal and administrator, Nathan Currie, will be at the forefront of the action as the new school’s principal.

Like any other public charter school in North Carolina, North Carolina Connections Academy is free and open to any child in North Carolina. It was approved by the State Board of Education in February, and follows the traditional public school calendar.

Charter schools are required to provide the same essential services to students as any traditional public school, such as guidance counseling and a full spectrum of programs for Exceptional Children students.

“The beauty of what we’re doing here is the flexibility,” he said. “Parents can control when their kids are in school.”

Students are still required to meet the state mandated 1,025 hours of class time, as well as a specific number of lessons.

“We’re able to provide more instructional hours than a brick and mortar school would,” Currie said, pointing out that inclement weather days don’t affect them at all.

“This is not just a program,” he said. “It’s an actual school where kids are tapping into technology.”

The school has a unique, triangulated approach to learning.

In a brick and mortar school, learning is primarily between a student and their teacher, but North Carolina Connections Academy brings a learning coach – oftentimes, but not always, a parent – into the mix.

The learning coach is responsible for recording and logging attendance, as well as keeping students accountable and making sure the student’s work environment is conducive for learning.

“They “ensure organization,” he added.

“The relationship you build with the student and the parent is different,” said teacher Shelby Hathaway. “There’s more communication with the families.”

This year, North Carolina Connections Academy will serve 1,500 students across the state in kindergarten through ninth grade – 27 of those are from Rowan County. Although the school’s office is based in Durham, students enrolled from all 100 North Carolina counties have enrolled in the program.

“We’re at capacity,” Currie said. “There is a waiting list.”

Each year, the school will add one grade until it serves kindergarten through 12th grade.

The school has 47 teachers this year.

Currie said they received more than 4,000 applications, citing a wide variety of reasons for their interest, ranging from youth who are bullied, on traveling sports teams, frequently ill, homeless or who suffer from anxiety.

“We teach in what’s called a live lesson,” Hataway said, explaining that students can watch while the lesson is broadcasted, or can come back and watch it later.

“They can be in their pajamas,” she said.

Students can work at their own pace.

“There are those students that are going to get it quicker. Others need more exposure – more time,” she said. “There’s not as much pressure to be at their own pace.”

“Today’s learner learns virtually,” said Emily Parrish, former North Carolina Virtual Public Schools teacher and 2011 finalist for online teacher of the year. “This thought that I have to be standing in the same room as a student in order to teach them something is very primitive.”

“I can still write on the classroom wall – it’ll be on their screen. I can still hear their voice. I can see their work. I can address their needs. I can do it better, because I’m doing it the way these kids learn,” she added.

The school provides all the required classes a student would take in a traditional, brick and mortar public school, including music, art and physical education. There are also special elective classes, such as Spanish or business, which students can take as well.

The “big question” for many parents, Currie said, is social development.

“A lot of kids come to us already socially connected,” he said.

The school offers additional avenues for social connection as well, including clubs and field trips. Fieldtrips involve the whole school, and are held across the state.

In addition, parents tend to connect with each other, finding peers who live near by.

Currie came to Rowan County years ago to study elementary education at Livingstone College. He completed his student teaching at Knox Middle School and Henderson Independent High School, and then taught at Hanford-Dole Elementary School, where he was named Teacher of the Year one year.

Currie received his master’s degree in administration supervision from the University of Phoenix, and went on to become an assistant principal at North Rowan Middle School and principal of Isenberg Elementary School.

He became Rowan-Salisbury’s assistant superintendent of administration in 2012, and in Oct. of 2014, Currie resigned quietly and immediately from his position.

Currie said he left because he wanted a position that would have an impact on education statewide.

He said that as a teacher, he saw that he could have an impact on education in the classroom. As a principal, he was able to spread that influence to an entire school and as an assistant superintendent, he could see that impact on an entire district.

This new position, he said, is a “great professional move” and will have an impact statewide.

“I don’t know of any principal that has students in 100 counties,” Currie said. “I think we’re going to have a positive influence on the state.”

By Shavonne Walker shavonne.walker@salisburypost.com Authorities have charged a known Latin Kings gang member in the death of a transgender woman... read more