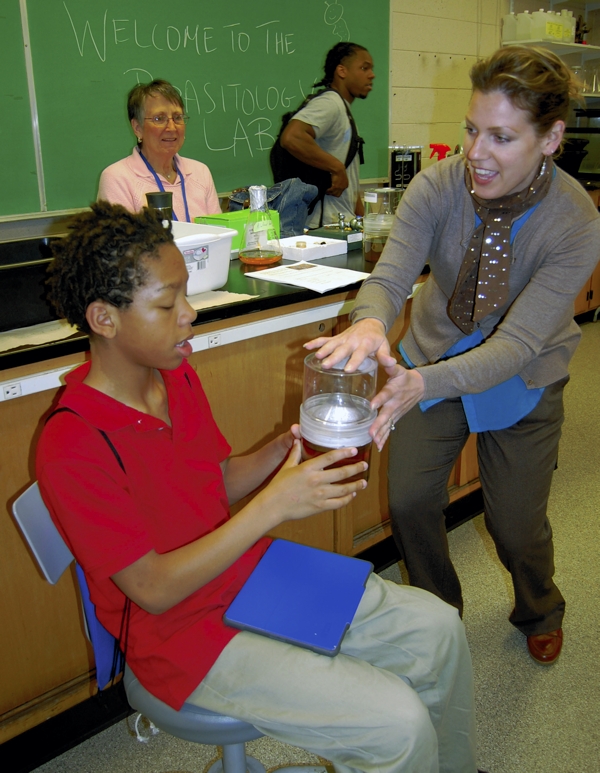 Elizabeth Cook: Catching up is hard to do; ask Knox Hillary Clinton is calling for free college tuition for everyone. If we really wanted to improve opportunity, we’d start earlier — free preschool for all.

That’s where the achievement gap starts.

This came to mind last week after hearing the co-principals of Knox Middle School talk to the Salisbury Rotary about the school’s challenges.

In 2013-14, some 86.5 percent of Knox students qualified for free or reduced lunch — the highest percentage among local middle schools. Test scores  have been abysmal.

After one year at Knox, they shared these developments with Rotary:

• End-of-grade and end-of-course scores, while still low, rose in 2014-15 in all areas except seventh-grade math. Knox outpaced the rate of growth projected by the state.

However, Knox had two vacant teaching positions it was unable to fill last year.

Dixon can identify with many Knox students. She grew up in government housing and received free lunch, she said. She had the crucial ingredient missing from many students’ lives, though. “I had hope.”

A large percentage of Knox students don’t see their future as being bright, Dixon said. Poverty clouds their view. And if they don’t see something positive down the road, getting motivated to do well in school is hard.

So she and Waiksnis set to work raising the students’ aspirations. When school started last August, Knox students were met with a red carpet (actually bulletin-board paper) and cheering teachers.

With the help of a private donor, every student visited a college — from Livingstone, Catawba and Rowan-Cabarrus Community College to Duke, Wake Forest and N.C. State.

The Crosby Scholars program helped create a college-going culture by hosting a college fair and playing a key role in the tours.

Another donor funded an after-school program to give students extra support, not just in academics, but also in leadership and other areas.

A summer enrichment program helped 100 students avoid the summer learning loss that throws so many students from low-income homes behind.

Waiksnis said a woman asked if the school could use some money, then wrote a check for $25,000. He and Dixon have been overwhelmed by the level of giving in the community.

Waiksnis and Dixon talk about culture change — changing the mindset and atmosphere at the school.

If those new programs are to continue, the school will need more donations.

Generous donors can’t do everything, though.

North Carolina’s position at the bottom of the rankings in teacher pay cripples recruitment and retention.

When it comes to security and safety, monitoring Knox means keeping an eye on a campus with every grade and every function — cafeteria, gym, office — in a separate structure. A new, unified building is in the school system’s plans, but Knox has been bumped down the list.

And no amount of contributions to Knox can change the fact that most of its students start sixth grade multiple years behind in achievement levels.

How do students get to sixth grade so far behind?

Dixon jumped to the microphone. The solution to that, she said, was to address needs earlier, with pre-kindergarten.

“When a student arrives at kindergarten not where they should be … they’re catching up for the rest of their lives,” she said.

While children with more advantages start preschool as young as 2, others may enter kindergarten with no schooling at all. Their vocabularies are limited; they may never have turned the pages of a book.

While Dixon and Waiksnis labor to turn around Salisbury’s only middle school, the city should look at ensuring that all children have a chance to attend quality preschool. Investment early in a child’s development could pay off at every level of education.