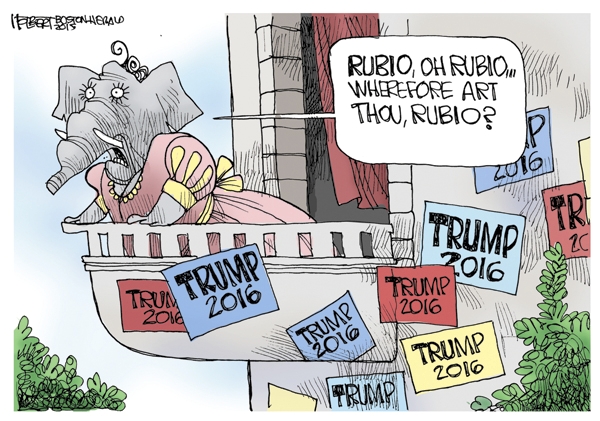 It would be helpful if legislators expanded the rules allowing more providers to offer suboxone treatment. Right now, the restrictions on this safer and less-addictive alternative to methadone are too rigid to allow more opioid addicts access to suboxone treatment.

Where is help for these people, besides methadone clinics? There should be other help.

Suboxone,subutex,methadone none of these are a solution. Addicts just mix water with the suboxone and shoot it up too. … These all become another drug of choice. That’s putting a Band-aid on a bleeding artery.

These “prescribed” treatments are harder to get off of and are killing people too. This not a solution to this problem. We don’t need more of these clinics. It’s legal drug dealers via our government. I have first hand views of how these programs are a complete failure and crutch for addicts.

As an independent, I found John Kasich most appealing, although I agree that Rubio did quite well too.

Against everything I came to the debate with, I also found myself drawn to Bush. All three of these candidates stood out as individual thinkers to me.

It looked like a hatchet job on Trump by the establishment!

Apparently Bitzer refuses to recognize the big jump in the ratings by Fiorina. She is now rated six or seven out of the 16 candidates. She did a great job in the first debate.

Thank you … for exposing the mean-spirited, willfully ignorant ideologues who vehemently oppose Planned Parenthood with unethical practices. Their methods are indicative of how they will govern if permitted to gain power. They refuse to realize that women’s health is a public health issue that trumps politics, egos and religion. Our nation is duty bound to tend to the health and general welfare of all of its citizens. Our health and well-being is a life and death issue.

Sanchez’s argument boils down to this: “Who are ya gonna believe, me or your lyin’ eyes?

It looks great on the inside for when my husband died I was excited on how the place looks their is a place where you can set down at a table and talk to other people.

It looks so beautiful inside. The thought that was put into every single detail is very clear. As soon as you walk in, the rooms are welcoming, comforting and so peaceful.

… Letter: School board member wishes he’d been there

What needs to be told is how much more this project is going to cost because Mr. Hughes and the others of his ilk had not delayed this project for so long. One of the figures I hear is about 1.3 million of the tax payers’ money.

Right now my husband and I are watching the Southern Regional playoffs in Warner Robbins, Ga. Of course, it’s the boys. Why isn’t the TV coverage for the girls equal to that of the boys? We love both. It’s 2015. Wake up Little League!

Literacy is the basis for all levels of education. Achieve3000 catapults the student to new levels of success from Kindergarten through their senior year. Not only does the program raise the bar of expectations, the program is a proven tool that helps student meet or exceed these higher expectations by personalizing their path to literary excellence. The software program also benefits our teachers by standardizing their lesson plans …

A lap-top or i-pad is a just a dead engine without software to feed it; Achieve3000 provides the meal.

By Mary Sanchez Tribune Media With one careless comment, Jeb Bush revealed a fundamentally indifferent attitude toward half the U.S.... read more