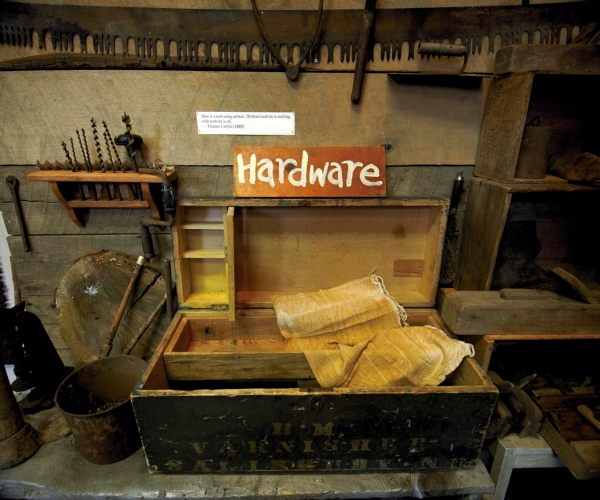 Rowan Museum will close its popular “Off the Shelf” exhibit Sunday, Aug. 23.

This exhibit includes items brought right off the shelves from the storage rooms in the museum — artifacts that had never been shown before, including a large and myriad assortment of collections from the community.

“Some might think it an eclectic exhibit,” said Kaye Brown Hirst, executive director of the Rowan Museum. “And it is.”

Hirst said it was “Terry Holt’s vision to bring so much out of storage and out of other folks’ homes.” Holt is the museum’s board president and exhibit designer. She said he succeeded in presenting “a most interesting exhibit that has been thoroughly enjoyed by many during this summer.”

From the beginnings of civilization, a museum press release says, people have been hunters and gathers, and in today’s world, “we simply hunt and gather many different items.

“We all want to collect something — or already do,” the release says, “Look around your house, if you have two or more of something that is similar, chances are you are a collector.”

The museum staff offers visitors a sheet with guidelines for collecting.

Rowan Museum’s next exhibit will honor Rowan’s Vietnam veterans, and will be enhanced by the addition of augmented reality to the museum exhibits. The Vietnam exhibit will open on Sunday afternoon, Sept. 13, with a reception for the public.