From ‘King Tut’ to amigo to bluegrass honoree 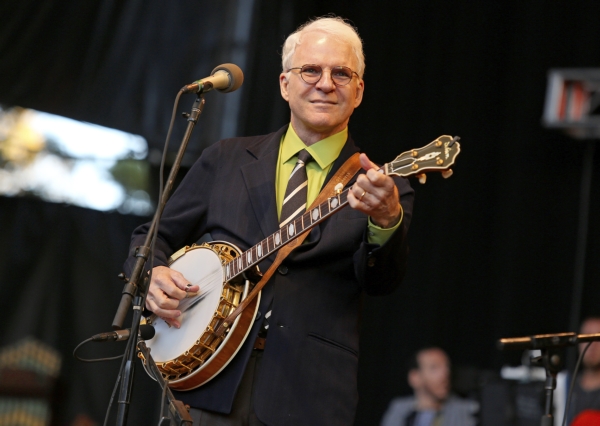 Steve Martin performs at the Shoreline Amphitheatre in Mountain View, Calif. Martin will be honored by the International Bluegrass Music Association with a distinguished achievement award. (Photo by Barry Brecheisen/Invision/AP, File)

The association on Wednesday announced special awards recipients and nominees for the International Bluegrass Music Awards, which will be presented on Oct. 1 in Raleigh, North Carolina.

The 69-year-old banjo player has become a bluegrass ambassador by introducing fans of his film and television work to the genre through his performances and albums with Edie Brickell and the Steep Canyon Rangers.