Detailed history describes Joan of Arc and her world 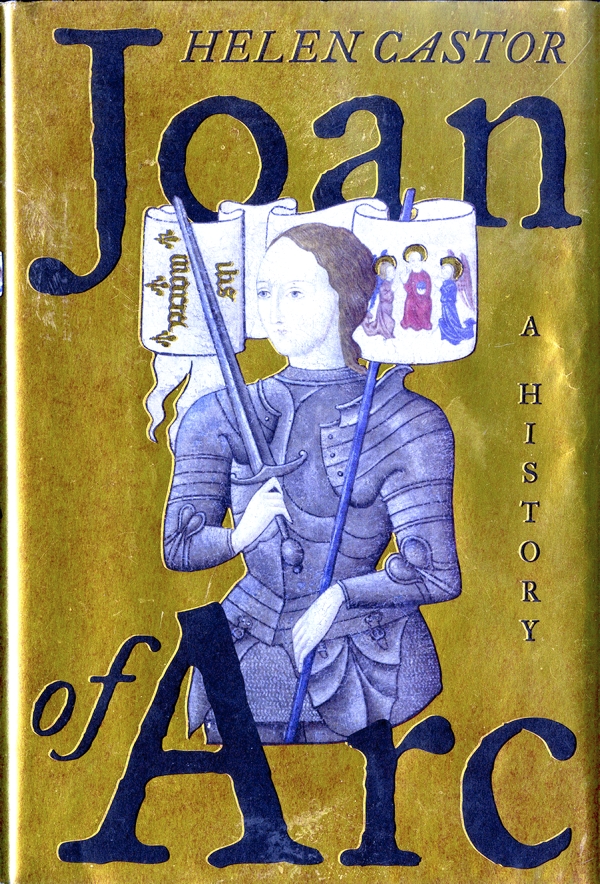 Ask several people what they know about Joan of Arc and you are likely to get some rather vague answers: “I’ve heard of her but don’t know much.”  Wasn’t she a woman who fought with some army?” “I think I saw the movie about her”; and so on.

The story of Joan of Arc, or as she called herself, Joan the Maid, is quite remarkable. It takes place in the early to mid-1400s when the English were trying to take control of France. There were many issues in the conflict, which came to be known as the Hundred Years’ War.

A central issue was the belief of English King Henry V that he was in direct line to be King of France. The English were capturing much territory, partly due to the inability of the French to mount an effective defense, and French morale was very low.

To provide a background for an understanding of the times, Castor begins the book 14 years before Joan’s appearance on the scene. She provides a very thorough review of the political and religious situations, so thorough that it takes up the first third of the book. She describes the royal families and their relationships to each other, the claims to various thrones and the machinations and intrigue of the various  courts.

This was so detailed it felt like information overload for the average reader although it might fit well in a history course.

As her story opens, Joan the Maid has waited several months to meet with Charles, the dauphin or heir to the French throne. Joan, an illiterate peasant girl in her early teens, has told many people of visions she experienced in which God told her to lead an army to defeat the English and to make the dauphin King of France.

Described by family and friends as hard working and deeply religious, she is assisted by influential friends to get to Charles’ castle at Chinon. His army has suffered a major defeat at Azincourt and he considers abandoning his castle.

Finally granted an audience with him, Joan convinces him of her readiness to carry out God’s wishes. Charles provides her with an army and a suit of armor, and she leads the army to a victory at the city of Orleans.

Castor has access to a multitude of documents from the period of Joan’s life and uses them to  provide many details. She describes the strategies Joan uses to accomplish that victory and subsequent conquests of other cities. She was clearly a good soldier, leading the charge against targets, one time even while wounded.

Then disaster struck: in a battle for another city she was captured by Frenchmen from Burgundy who were sympathetic to the English. Betrayed by the French, she was turned over to the English who imprisoned her.

Joan the Maid was 13 months a soldier and 10 months a prisoner.  A large group of clerics put her through a brutal inquisition in an effort to determine if she was in fact sent by God or was a heretic. Castor presents a large amount of documentation of the trial which shows Joan’s courage and sincerity. Found guilty by the clergy, Joan the Maid was martyred by fire in 1431.

The tale does not end with Joan’s death. In 1456, the Pope sent instructions to review the trial documents to determine her innocence or guilt. This is a particularly interesting section in which Joan’s virtue, religious convictions and defense of herself were reviewed. Suffice to say that this chapter of the book is named “She Was All Innocence.”  Almost 500 years later, Joan of Arc was made a saint in the Catholic Church.

This is an interesting and informative narrative. Where the detail is so involved, the reader may choose to scan it without losing the essence of the tale. The 60 pages of notes are also worth reviewing. When you finish you will be ready for the next person who asks: What do you know about Joan of Arc?