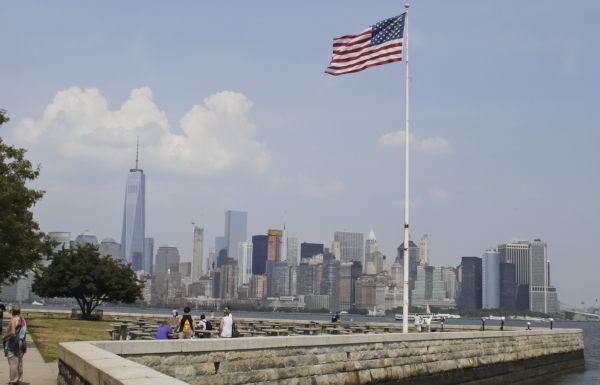 RALEIGH — If you ever thought that complaining about the tax system was a modern phenomenon, I can disabuse you of the notion in two sentences.

The first, shorter one has an ancient pedigree. “The people are hungry: It is because those in authority eat up too much in taxes,” states the Chinese Taoist text Tao Te Ching.

The second, longer sentence comes from the late 19th century. “When more of the people’s sustenance is exacted through the form of taxation than is necessary to meet the just obligations of government and expenses of its economical administration,” wrote Grover Cleveland, one of America’s greatest presidents, “such exaction becomes ruthless extortion and a violation of the fundamental principles of free government.”

As Cleveland observes, some taxation is necessary for government to provide basic services. But politicians typically face strong incentives to go beyond the basics. Consider a proposal to raise taxes to subsidize a local sports team.

Most local residents don’t benefit directly from such an expenditure. They don’t work for the team, its vendors, or neighboring businesses. In most communities, those who regularly attend the games are a minority of the population. But for this very reason, the beneficiaries are highly motivated to get the program enacted. They stand to realize significant benefits per person.

On the other hand, even if the project costs many millions of dollars, it is unlikely to cost any particular taxpayer more than a few dollars. That’s not much of an incentive to engage in political action to halt the program. Although it might seem puzzling at first, then, the truth is that special-interest groups often prevail over majorities in the democratic process.

Although these dynamics, known as “public choice economics,” are inherent to all representative governments, there are constitutional provisions and processes that can make the triumph of special interests less likely. One is to clearly separate a government’s legislative, executive, and judicial powers so that it takes multiple actors to accomplish anything. Another is to include the public directly in making costly, long-term decisions such as issuing public debt or, yes, expending tax dollars on capital projects such as sports arenas.

Still another useful tool is transparency. I don’t just mean requiring government meetings to be open, providing public records on request, and putting information such as government budgets and spending ledgers online. I also mean making public policies easy to follow and understand.

When it comes to tax policy, this principle requires governments to employ revenue sources that average citizens can see, track, and understand. That’s an argument for taxes that generate annual bills, such as taxes on real property. There’s a reason the property tax is difficult to raise. People can clearly see how much it costs them.

Unfortunately, many localities have increasingly come to rely on taxes that are hidden in service contracts or bills, especially when visitors comprise a significant share of those who will pay them. A Texas-based think tank, the National Center for Policy Analysis, recently published a nationwide study of hotel occupancy taxes, car rental taxes, and airline taxes. Would it surprise you to learn that North Carolina’s largest city, Charlotte, had the 9th-highest tax burden on travelers among major cities in the United States? That’s what the NCPA study found.

Although policymakers often assume they can get away with taxing visitors heavily without major consequences, there’s good evidence to the contrary. The more you tax your visitors, the less money they have to purchase goods and services while they’re in your community. Moreover, it’s a fallacy to argue that these taxes only hit visitors. Lots of local households and businesses rent cars, for example, or pay hotel bills for relatives, friends or business associates.

Generally applied property and sales tax are sufficient to capture revenue from those who visit, shop, do business or stay overnight in a community. Extra levies are abusive. Sure, politicians feel they can get away with them because so many of the taxpayers aren’t local and can’t vote against them. But that doesn’t make them good policy.

Greg Edds seems to have a vision of how the former Salisbury Mall might be used to draw people and... read more