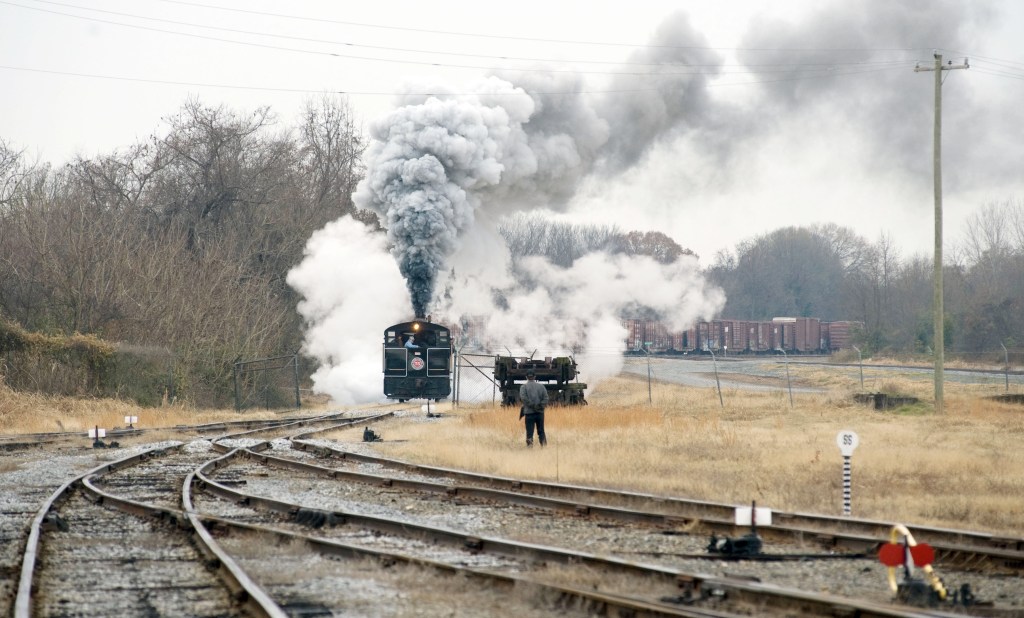 The 1930 Flagg Coal Steam engine backs up before a day of rides at the NCTM in Spencer.

The best opportunity yet to transform the N.C. Transportation Museum into an even stronger draw for tourists and students could soon slip through the state’s fingers.

A $15 million boost for the museum included in Gov. Pat McCrory’s $2.8 billion bond proposal is missing from a bond plan put forth in the N.C. House this week. While there are many things to like about the House plan — the fact that there is one, for starters — this omission is critical. Supporters of the Transportation Museum should lobby their legislators to improve the plan by including funds for this key historic site.

On the plus side, the House sees the need to improve North Carolina’s infrastructure and the wisdom of doing so with bonds. House leaders and McCrory came to the same total but divided the $2.8 billion differently. The governor wanted to split the funds evenly between transportation and infrastructure, and he included several historic sites in need of a major boost. The House, on the other hand, leans more toward infrastructure, allocating $2.46 billion there. House leaders included only one historic site project, the USS North Carolina Battleship in Wilmington. They also allotted $900 million toward the UNC system and $500 million for public school projects.

Those are all worthy areas, but this could be make-or-break time for the N.C. Transportation Museum. Petr Spurney, a museum and cultural institution consultant in Washington D.C., evaluated the museum in 2013 and said it had great potential. He also sounded a warning. “The museum is at a precarious point,” Spurney said. “It desperately needs new investment.”

The $15 million the governor proposed, the first major injection of state funds in the site’s history, would bring the museum up to a higher, more self-sustaining level. “We’re holding our own,” says Kevin Cherry, the museum’s interim director until recently, “but we need that shot in the arm.”

If you want to see the Transportation Museum gain much-needed steam, impress upon lawmakers the unique opportunity that exists there. Restored and transformed, several buildings on the grounds could make great contributions to the visiting experience and turn the Transportation Museum from a popular special event destination — think  Thomas the Tank Engine and the Polar Express — to a year-round tourist destination that is even more self-sustaining.

The bond bill passed the House on Wednesday. The support of Rowan’s senators, Andrew Brock of Mocksville and Tom McInnis of Rockingham, will be crucial as the legislation progresses to the Senate. Their offices can be reached through the switchboard at 919-733-4111; more information is available at www.ncleg.net.

The N.C. Transportation Museum does a great deal for the state — preserves a precious part of our history, teaches us about transportation and the workers behind it, and draws visitors from across the country. By persuading lawmakers to include the museum project in the bond package, we can pay it forward for future generations.