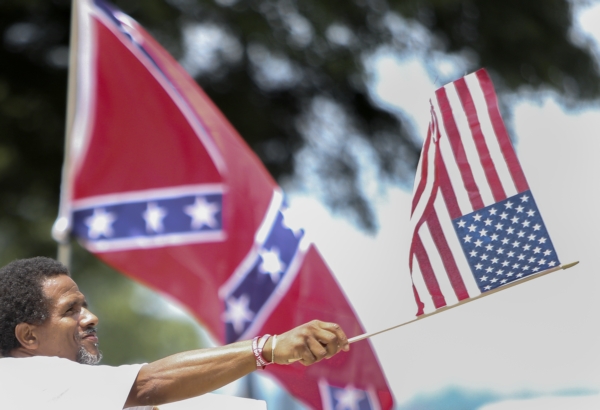 Thomas Wiggins, of Columbia, waves an American Flag while showing support to take the Confederate flag off the South Carolina Statehouse grounds in Columbia, S.C., on July 7. A recent Pew poll found the majority of Americans supported the move. AP photo

The Pew Research Center conducted the poll the week after the ceremony on July 10 when an honor guard lowered the battle flag and it was delivered to a museum. The nonprofit center released its findings Wednesday.

However, the survey found partisan divides: 74 percent of Democrats said the move was the right decision; Republicans were divided with 43 percent backing it and 49 percent saying they were opposed. Among independents, 53 percent supported the decision while 37 percent remain opposed.

House’s $2.8 billion bond plan does not include Transportation Museum