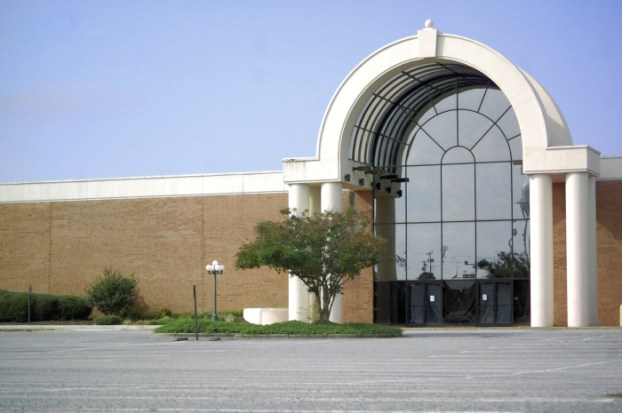 What will Rowan County do with the former Salisbury Mall, now West End Plaza? Greg Edds seems to have a vision of how the former Salisbury Mall might be used to draw people and business to Salisbury. Please, tell us more.

During Monday’s meeting of the Rowan County Board of Commissioners, Chairman Edds said a lot of conversations are going on about uses for the property, and he envisioned something that might boost tourism, with hotels and a convention center nearby. There have also been talks with Rowan-Cabarrus Community College and the school system related to the mall, he said.

Convention center? Hotels? To skeptics, that sounds far-fetched for a facility that couldn’t hold on to JC Penney and Belk. However, the mall, now called West End Plaza, includes 320,000 square feet of space and has a huge parking lot, all at the busy intersection of U.S. 70 and Jake Alexander Boulevard. Even though the site is not the interstate frontage many businesses prefer, the county got a large tract of land when it plunked down $3.4 million for the property. Maybe this is an opportunity in the making.

The Cabarrus Arena and Event Center has less square footage than West End Plaza, and its location is remote by comparison. Yet the facility hosts a steady stream of events. Could that work here? In the name of drawing tourists and their money, U.S. communities have built skate parks, ball fields, aquariums, museums, equestrian arenas, theme parks, swimming facilities, race tracks, river parks and more. What could Rowan do?

Remodeling parts of the mall for government offices seems at odds with devising a grand plan, yet commissioners are poised to do just that, to the tune of $2 million to $2.3 million. How does this fit in?

Other fresh faces have come into office in Rowan with dreams of priming the economic pump. That’s how the county got an industrial park, minor league ball field (since sold to Kannapolis) and quarter-midget racetrack. Rowan also briefly flirted with matching the state average on per-pupil spending. Along the way, though, the leaders lost public support and left office without seeing their dreams fully developed.

Let’s hope Edds and company not only have good ideas, but also can build partnerships and consensus to see them through. Leading change is difficult when critics are quick to vote you out.

Salisbury resident Mac Butner has taken pride in being a loyal Republican for decades. He is not lifting a finger... read more