John Crisp: The lion vs. the dentist; this proves masculinity? 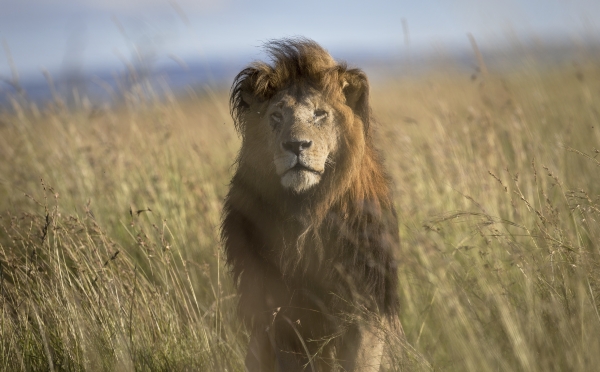 An old male lion raises his head above the long grass in the savannah of the Maasai Mara, south-western Kenya. AP photo

Published in 1936, this spare story is a brilliant expression of the dubious Hemingway-esque connection between courage and manhood, especially as represented in the confrontation between a hunter and a deadly animal.

Francis Macomber is an All-American boy-man who feels obliged to test his courage against dangerous African beasts. But when, facing the charge of a wounded lion, he bolts toward safety, he has to endure the contempt of his wife, as well as of the big-game hunter leading the safari, the native gun-bearers and even the camp boys. Eventually he redeems himself, but I’ll leave it at that, in case you want to be surprised by the ending.

While the notion that connects masculinity with killing dangerous animals didn’t originate with Hemingway, few writers have promoted it better than he did.

But it’s a little more complicated than that. What Hemingway valued as much as courage — and this comes through in “Short Happy Life” — was integrity. Robert Wilson, the experienced hunter in the story, believes in giving his quarry a sporting chance. And he’s shocked and disgusted by Macomber’s suggestion that a wounded lion should be allowed to suffer where he had gone to ground in the bush.

“He had his own standards about the killing” and his clients could live up to them or find another white hunter to lead their safaris.

I don’t know if Walter Palmer ever read Hemingway, but one hopes that by the age of 55 he would have gotten over the adolescent fantasy of a connection between killing animals and manhood.

In any case, he gets the “integrity” part wrong, too. It’s been a long time since big-game hunting was much of a fair contest between man and beast. Even in 1936, Hemingway’s Robert Wilson struggles to rationalize his principles with his illegal use of motorized vehicles to chase buffalo. “Seemed sporting enough to me though while we were doing it,” he says.

These days dangerous prey are hopelessly outgunned. Since the proliferation of high-powered assault rifles such as the AK-47, which can be fired in semi-automatic or automatic mode, I suspect no one guides hunters into the African bush without a powerful backup arsenal of high-impact armaments.

One of the most vivid images from “Short Happy Life” is of Wilson furiously working the bolt on his rifle between each shot as an enraged wounded lion crawls toward him. Those days are over.

But the most pathetic part of the sorry tale of Cecil and Walter Palmer isn’t that a prime member of a dwindling tribe was killed to support someone’s ego. Nor is it that, without him around to protect them, Cecil’s cubs may be killed by a rival lion.

No, the worst part is that Palmer didn’t use a rifle, at all, but a crossbow, a weapon that requires a precise, and very unlikely, shot to cleanly kill an animal the size of a lion. Wounding was almost inevitable, and in fact Cecil suffered for 40 hours in the bush before he was finally killed with a rifle.

In 1936, few white hunters would have approached a lion with a crossbow. And few lions in the wild would have allowed a hunter to approach close enough to use one.

But Cecil lived in a preserve and was habituated to the sight of vehicles and of humans on foot. He probably wasn’t hard to lure into the 40-yard range that Palmer, backed up, I’m betting, by considerable firepower, needed to make a shot.

Like running before the bulls in Pamplona — another Hemingway favorite — big-game hunting can be done in comparative safety, and anyone with $50,000 to spare can bag a lion.

But if you can’t find ways to confirm your manhood without killing animals, and if you can’t kill animals with Robert Wilson’s already faded sense of integrity, well, what have you got?

John M. Crisp, an op-ed columnist for Tribune News Service, teaches in the English Department at Del Mar College in Corpus Christi, Texas. Readers may send him email at jcrisp@delmar.edu.

The next step: After dialogue on race, what’s the…