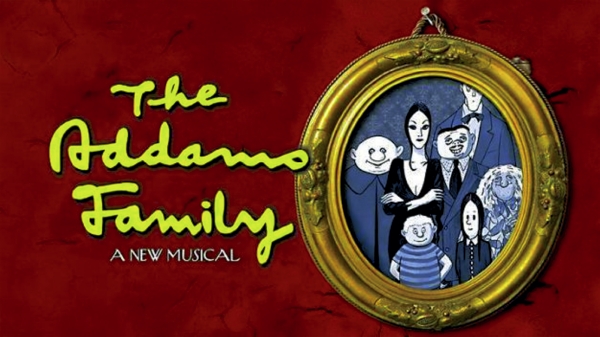 The next couple of weeks, Reid Leonard will be on vacation at an undisclosed location — a stack of books on one side of him, a stack of recipes on the other.

Leonard is a voracious reader and a gourmet cook, which makes sense given his profession. As resident director/designer at Piedmont Players Theatre, he has to read numerous scripts, and from that cook up just the right alchemy of actors, productions and sets that make a successful season.

But Leonard admits that no show is ever a sure bet. Which makes each season a challenge. And with two stages — the Meroney and the Norvell — that challenge is doubled.

“We’re always looking for shows — we have to be,” Leonard says over lunch one day at Bangkok Restaurant, one of his downtown hangouts. “At the Meroney, we typically do two musicals in a season, one big and one small — and there’s lots of different definitions of ‘big’ and ‘small’ — two comedies and one drama. This particular season, we got to summertime and ‘Ain’t Misbehavin’’ came up.”

That musical is now finishing a successful run, and coupled with the recent success of “Tarzan” at the Norvell, Leonard again plans two back-to-back musicals next summer.

“We plan our seasons a year and a half in advance,” Leonard notes, “so the assumption is that it’s going to work.”

The trend in local theater, Leonard says, is that audiences want to see what they know.

“It’s gotten to be difficult to choose plays the last couple of years,” he says.

And about plays he thinks are a done deal?

“You can’t always get the cast,” he says. “Every production, you build from scratch. We cast the show, we build the sets, we sew the costumes.”

Here’s a look at what’s coming up this year at the Meroney and Norvell theaters.

Leonard has learned that using a musical to open the season tends to draw bigger audiences, and it’s a good way to announce the new season.

The Addams Family is a musical that pretty faithfully follows the hit television show and movie.

Audiences will want to be on the lookout for a robotic “Thing” built by a guy named “Robot Chris.” (I am not making this up.)

“Welcome to Mitford” is based on the adored book series by Jan Karon. In this play, audiences will meet Father Tim and see the goings on around a small mountain town, loosely based on Blowing Rock.

“Every book club in this area has read Jan Karon’s books,” Leonard notes. “I was in the lobby after a show, and a lady walked up to me and said she’d seen ‘Welcome to Mitford.’ ‘If you can get the script,’ she said, ‘Salisbury would love it.’ ”

Leonard got the script and agreed.

“This is about as family friendly and enjoyable and fun as you can get,” he says. “One thing I always say, if you like this show, come see the next one. Everything we do is completely different.”

Leonard says of audiences, “The one thing you have to have is an audience that’s curious. Every time they’re walking in, they’re taking a chance.”

Two years ago, PPT did “Chicago,” a musical by the same writers who created “Cabaret,” a perennial favorite. Leonard knew he wanted to do a similar musical and so scheduled “Cabaret” this year, sandwiching “Cats” in the middle of these two musicals this past season.

The play “A Time to Kill” ran on Broadway a couple of years ago, and when Leonard heard a story on NPR about it, it piqued his curiosity. Although the play closely follows the book — written by John Grisham — and the movie starring Matthew McConaughey and Samuel L. Jackson, Leonard says he’s not looking for a Matthew McConaughey look-alike to play the lead role.

He will, he says, cast a white actor and a black actor in the two lead roles.

“You have to,” he says of the play, in which a white attorney defends a black man accused of murdering two white men who rape and nearly kill his young daughter.

Leonard describes the play as intense.

“As they say in ‘Ain’t Misbehavin’, ‘one never knows, do one?’ ” Leonard says with a laugh.

Leonard says he’s most excited about this play, “Hands on a Hard Body,” which depicts an annual competition in Texas in which folks put their hands on a new truck. The last contestant left touching the truck wins.

“You get to meet people from the competition,” Leonard says. “Who they are, what’s going on in their lives, what’s at stake. Along the way, there are some great musical numbers.”

“It is exactly like ‘A Chorus Line,’ ” Leonard says.

Books, books and more books is the theme for the season for the Norvell youth theater, Leonard says.

“All of the shows were picked because they were books first,” Leonard says.

Leonard says that it’s critical for young actors to read well, and so the theater is partnering with the school system to promote reading.

“Some kids can read a script and turn it into magic,” he notes.

The first three shows will invite audiences from the Rowan-Salisbury School System.

This production is the second “Magic Tree House” show after last season’s “Dinosaurs Before Dawn.”

Those dinosaurs have taken on a life of their own, traveling to Louisiana for a production. It’s even rumored that the T. Rex might make an appearance at the upcoming “Night at the Museum” fundraiser for Rowan Museum.

• “The Best Christmas Pageant Ever”

The hilarious story of a less-than-perfect family who take over a local Christmas pageant will take over the Norvell stage just in time for Christmas.

“All we have to do is find troubled, problem kids in Rowan County — or kids who can act that way,” Leonard says.

Leonard notes that this play was the first children’s production that took place at the Meroney, which is celebrating its 20th year in 2015.

• “The Taming of the Shrew”

The Norvell always does a Shakespeare play, and when Leonard contacted local English teachers to poll them on the play they’d like to see, “Shrew” was the hands-down favorite.

Look for this production to take on a Wild West twist.

• “Junie B. Jones the Musical”

Junie B. Jones is the star of a beloved children’s book series and this show is brand new. Leonard notes that Carson High School always does a big spring musical, and the Norvell usually competes for actors this time of year. However, “Junie B.” has a younger cast so voila, no competition this time around.

Yep, you read that right. The Norvell is tackling a production that most folks remember as a favorite movie from childhood — depending on how well you could handle those flying movies.

A stage adaptation was first produced in 1941, and wasn’t so hot, Leonard says.

But the Royal Shakespeare Company decided to reproduce the movie on stage. That included using the script, and even redoing the original score — which no longer exists — and getting the rights to the familiar songs.

“So there now is a script for ‘The Wizard of Oz’ that’s similar to the movie,” Leonard says. “How do you put a movie on stage? I don’t know yet.”

Sometime after he reads all those books, and tries out all those new recipes, Leonard will figure it out.

Season subscriptions for Piedmont Players Theatre are now available. For more information, call the box office at 704-633-5471 or visit www.piedmontplayerstheatre.com .

Women’s conference LEXINGTON — Today beginning at 10 a.m., The Jewels of Destiny Prayer Ministry, of the Blessing of God... read more