Has Atticus changed? Haven’t we all? 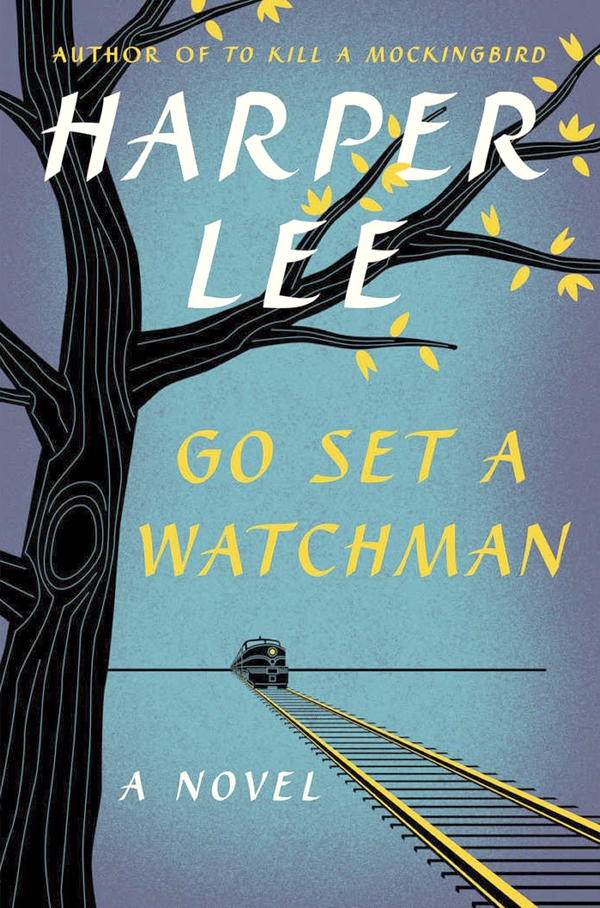 It is the 1950s. Scout will now be known by her proper name, Jean Louise, and she lives in New York, a long way from Maycomb.

Jem is dead, and Dill got as far away from Maycomb as he could; but Hank, Henry, that boy that gave Jean Louise her first real kiss, is not only still around, but works for her dad at the law office.

Calpurnia lives on, retired from the servitude to the Finch household, still held dear in Jean Louise’s heart; but, then, Jean Louise doesn’t live here anymore; Jean Louise is no longer of this world. And, Atticus; well, Atticus Finch is now 72 years old, he has a few disabilities, mostly of the physical kind, but, at the same time, he is just a little bit more prone to say out in public, even in front of the public, what is on his mind.

OK, discloser time: I entered high school (Boyden, now Salisbury) in 1963, graduating in 1968. Integration of the Salisbury City Schools was just beginning, and the moniker for these early years of integration was “freedom of choice.” During the years I was at Boyden, the book “To Kill a Mockingbird” by Harper Lee was pulled from the curriculum of the English classes due to racial sensitivity (it was in the curriculum prior, and became curriculum later), and thus it ended up on a “books to be read” list of mine, where it stayed until the summer of 2012 when I finally read it on vacation — just to disclose that I am not pulling on ancient brain cells here.

The understanding is that the “new” book now out by Harper Lee, “Go Set a Watchman,” was the original submission Lee made to her publisher, that it was rejected with the direction to turn it into more of a coming-of-age novel, and that “To Kill a Mockingbird” was the result. I see no reason to throw doubt on that understanding, though I have heard say that there were once plans for a trilogy, with “Watchman” the third book, “Mockingbird” the first.

With most of the principals now dead, and the 1950s a different climate of duplication and retention than what exists today (for instance, apparently no other manuscript copies of “Go Set a Watchman” exist, with agents, publishers or editors; the copy in Lee’s safe deposit box being the only original). My point is, would it matter anyway?

“Go Set a Watchman” is set in the 1950s, and that is when the book was written, and it is known that people, places and things from both the recently published book, and “To Kill a Mockingbird,” often mirrored Harper Lee’s life and surrounds, and that does matter.

One other note on “Go Set a Watchman” that pertains to things I know nothing about, and then I will move on.  Contrary to rumor, the book has been edited for publication, though it is impossible to say whether this was done in the 1950s or recently. There also must be some doubt as to who may have made some or all revisions for publication, as Lee is apparently now somewhat incapacitated. There is probably some question also about who is running this show, be it lawyers, publicists or whatnot, and who will ultimately benefit financially from the publication.

However, none of this should influence a person’s decision on whether to read “Go Set a Watchman,”  for the book is edited for reading and is certainly equal to, or better than, many first novels. Better than “To Kill a Mockingbird”? No, I don’t think so; just different.

As the book opens, Jean Louise is on her way home from New York for a visit, traveling the Crescent; if you are paying attention, you would realize this means she would have come through Salisbury. Expecting Atticus to pick her up at the station in Montgomery, the closest the train travels to Maycomb, she instead is greeted by her old friend Henry. Henry would like nothing more than to marry Jean Louise and keep her home in Maycomb; Jean Louise has no intention of fulfilling his dream beyond perhaps a brief affair, for she sees nothing for her in Maycomb anymore and little more than that in Henry.  Atticus has been reduced by age and arthritis, yet where his body now fails him, his mind makes up for the deficit.  With Calpurnia gone, Atticus’ sister Alexandra, or Zandra, now keeps the house, and between she and Jean Louise there is little love lost.

The big news, the news that probably brought Jean Louise back home, actually, is the publicity of the rapidly widening gap in the relations between the races in Alabama, for the stories in the New York papers about the battle between the governor and Alabama and the NAACP are frequent. On her visit, Jean Louise is going to find out things about Atticus and about Henry that completely change her perception of the man who raised her and the boy who professes to love her.

The first big hint comes when Jean Louise discovers that both Henry and her father are attending a meeting of the  Maycomb County Citizen’s Council, and that Atticus is a director of the organization. She attends, sitting in the balcony, and not only sees most every white male in town, but hears a guest speaker give a speech, a talk that to Jean Louise could have come out of the Klan. Sitting in the balcony, all she can think about is the time Atticus defended a colored boy accused of raping a white girl, and won his case. Readers may note that this is the case from “To Kill a Mockingbird,” but the outcome is different in “Watchman.”

Other revelations come forth as the novel progresses, including but not limited to Atticus at a Klan rally and Henry telling the sheriff that Atticus would not defend Calpurnia’s grandson in a case. But, in defense of Atticus, he attended the Klan rally four decades earlier, as research, and, when he learns from Henry that he turned down the Calpurnia defense case for him, he comes back with “You shouldn’t have done that, Hank. Of course we’ll take it.” Throughout “Watchman,” however, Jean Louise is finding out more and more about Atticus, and, of course, about Maycomb, that she never knew as Scout.

Zandra’s brother Dr. John Hale Finch, Scout’s Uncle Jack, is a central character in “Watchman,” and provides Jean Louise a sounding board, a cushion, and an ability to give her even-tempered explanations of much she discovers.  Uncle Jack himself, however, has his ways, and just as when she was younger, Dr. Finch can be as irritating and irascible for Jean Louise at 26 as he was when she was 6.

But most of the time it is Dr. Finch, and he alone, who seems to be on the same side as she is, and it is because of Uncle Jack that she will finally come to see that, for the most part, Atticus at 72 is little different from Atticus at 48 when she works to see the two through the same eyes instead of eyes 24 years apart.

That is the point I want to make about “Go Set a Watchman.” Atticus remains Atticus; he has not morphed into some monster, some clone, or even worse, some leader of the Klan, battling for the rights of the South as they were prior to the War Between the States.

Is he a different Atticus than the man portrayed in “To Kill a Mockingbird?” Of course he is different, if for no other reason than he is 24 years older and Maycomb, as well as Alabama, is 24 years changed. Through a series of flashbacks in “Watchman,” we have a chance to see Atticus, or glimpses of him, over a quarter of a century, the parts that are good, bad and ugly.

In “To Kill a Mockingbird,” we were able to see Atticus in only a small sliver of time, but a time when he was heroic. No man, including Atticus Finch, can be heroic for 72 years; most heroes’ deeds come and go quickly, though we like to think it is their lives that are heroic beyond the one deed they are known for.

In the end, Atticus Finch manages to retain at age 72 the things we remember him for from “To Kill a Mockingbird,” those qualities being his honesty, his integrity, but, most of all, his sense of fairness and justice. You and I could aspire to do the same.