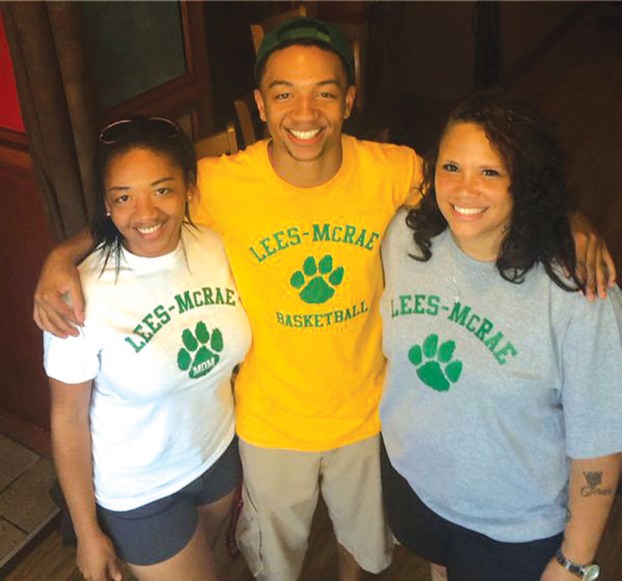 CHINA GROVE — Sometimes patience can be just as important as a jump shot.
Carson graduate Jonathan Rucker can talk all night about patience. He showed a lot of it during his senior year of high school. Rucker’s days as a Carson Cougar were nearly over when got a text from head basketball coach Brian Perry.
“He sent me a text asking me if I’d like to be part of the Lees-McRae program,” Rucker said. “My answer was, ‘Well, yes, of course, I would.'”
It worked out. Perry made phone calls. Lees-McRae coaches liked what they saw of Rucker on film and in person. Rucker liked the Division II school located in the mountain community of Banner Elk when he visited and the school offers the athletic training major Rucker wants to pursue.
It was a good fit for all concerned. Rucker will report Aug. 14 and starts classes Aug. 17.
“It’s been a tough journey,” Rucker said. “Patience was the key.”
Rucker will be a member of the Lees-McRae jayvee team as a freshman, but he’s fine with that.
“A lot of freshmen sit on the bench or redshirt, but I’ll have a chance to play,” Rucker said. “Hopefully, I can show enough to earn a scholarship for my sophomore year.”
The Lees-McRae Bobcats jayvee coach has credentials. He’s Keith “Mister” Jennings, a guard who played the NBA in the 1990s. Lees-McRae hired Jennings in the summer of 2014.
Rucker — 6 feet, 165 pounds — transferred to Carson from Northwest Cabarrus prior to his junior year. He impacted football as a starting cornerback as well as basketball.
As a newcomer, he was the sixth man for the Cougars as a junior on a strong team anchored by a senior core of Colton Laws, Tre Williams and MyQuon Stout.
“The most memorable game from that season is when we beat Concord in the semifinals when we were hosting the SPC tournament,” Rucker said.
Rucker was second team all-county as a senior and averaged 10.1 points per game. He scored his career high of 23 at Salisbury in December and matched that total in a January SPC game against Central Cabarrus.
“But the highlight of the season was when we beat Cox Mill 75-70,” Rucker said. “I had a good game scoring (16 points) and I had the defensive assignment against (Cox Mill star) Matt Morgan.”
Rucker will have a friend at Lees-McRae in Carson graduate Tyler Mason. Mason, who will be on the Lees-McRae track squad, was one of Rucker’s football teammates.
“We were on the same hall at orientation and we hung out together,” Rucker said. “I can see us building a strong bond.”
Rucker says he started dribbling a basketball at age 3, and that’s where his dream started. He’s athletic and a good shooter. Talent — and patience — allowed him to develop into a player capable of competing at the D-II level.
“Any time a kid gets to continue their education and be part of a college program, I’m happy,” Perry said. “Jonathan will buy into what the Lees-McRae coaches want him to do and he can help them.”