What’s (young) Barbara Bush up to? 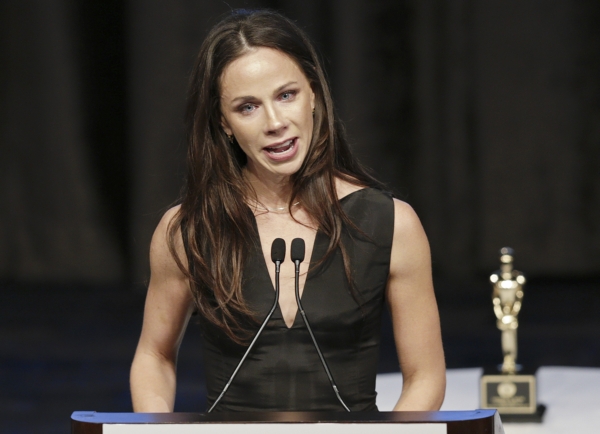 No, we’re not talking about America’s most outspoken grandmother but rather the younger Barbara, the daughter of the second President George Bush.

Thirty-three-year-old Barbara, the quieter half of the Bush twins, mostly lives outside of the former-first-children fish bowl. But that doesn’t mean she’s forsaken her famous surname.

As New York Times columnist Nicholas Kristof wrote Saturday, Barbara is using her connections to do a world of good for global health.

She points to a 2003 trip to Africa, alongside her father, as the moment of epiphany. The inequity at the root of the AIDS crisis in Uganda “blew my mind,” she said. As she finished her college work at Yale, she added health classes, then headed to South Africa to care for children hospitalized with the disease.

That wasn’t just a post-college phase. Barbara Bush and five friends brainstormed and founded Global Health Corps. At age 26, she was its first chief executive.

From nearly 6,000 applications each year, Global Health Corps selects about 150 fellows, half American and half foreign, mostly African. The twenty-somethings work side-by-side in pairs, one from the host country and one from abroad. Some serve overseas while others target needy urban pockets in America.

Fellows are not health care professionals, but support the work of those who are, whether that be improving drug-supply logistics or designing the safest possible air flow in clinics.

This Teach for America-like operation is no vanity project. Medical experts credit Global Health Corps with engaging laypeople to think about — and take up the cause of — the debilitating disparities in care.

Barbara is often tagged as a liberal within the Bush clan; she lives in New York and her initiative’s ties include abortion-rights groups. But she wiggles out of attempts to label her or her work.

And remember that among her father’s top achievements in the White House was a fund he set up to fight AIDS in Africa and other developing countries. That program, PEPFAR, the President’s Emergency Plan for AIDS Relief, has saved millions of lives.

These days, the Dallas-based Bush Institute, with former President George W. Bush and wife Laura in the lead, puts considerable energy into the public-private Pink Ribbon Red Ribbon partnership to try to save women from cervical and breast cancer in sub-Saharan Africa.

More than a decade after that pivotal trip that dad and daughter took to Africa, it’s fitting that they are both focused on improving global health care.

Their paths crossed just last month when Barbara presented Bush with a “father of the year” award at a New York luncheon. Having a former president among the honorees added to the draw: the National Father’s Day Committee event raised $1.3 million for Save the Children’s U.S. programs.

Daughter Barbara made no attempt to hide her pride in the father whom she confessed she and sister Jenna “lovingly called ‘Popsicle.’” And she’s just as proud to call herself a Bush, which means “I was very much taught to care about the world.”

For Barbara, that means working to ensure that health is a right available to everyone.