My Turn, Michael and Laurie Grubb: Thanks for the friendliness 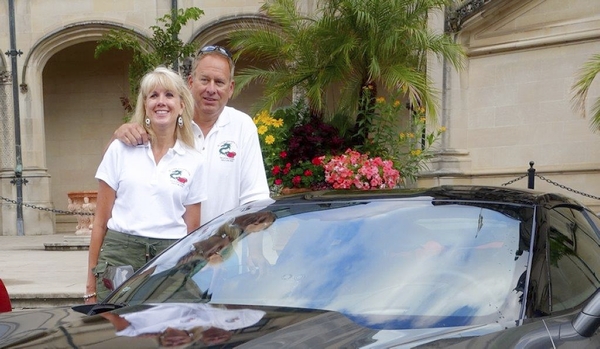 On July 16, I had the privilege of being in your town and meeting some of your wonderful citizens.

In doing some genealogy research over the past couple of years, I discovered that many of my ancestors began migrating to your area from Germany in the late 1700s. As much as I can tell, it started with a George Grubb who came to the Yadkin Valley in 1738 with his family. John Conrad Grubb was  first to be born there in 1755. He was my fifth great- grandfather.

One of his descendants was Henry Clay Grubb who seems to be very well known in your town. Henry Clay was my second cousin four times removed. He seems to be my ancestor with the most colorful past.

I was fascinated by the stories of the Grubb Building constructed on Innes, by the beautiful mansion he lived in, the theater he owned on Main Street which still stands, the distillery, the stories of murder, arson, and his eventual death at the hands of his wife. Until last week, they were just stories.

As luck would have it the St. Louis Corvette Club, of which I am a member, planned a road trip for 24 cars. We had stops in Nashville, Fontana Dam, Asheville, Charlotte and Concord, NC. We found ourselves in Concord on Wednesday and Thursday of last week; Thursday we had a free afternoon. Until then I hadn’t even thought about Salisbury and then I looked at the map and saw that it was only minutes away.

My wife and I drove to Salisbury to see the Grubb Building, or the Plaza as it is now called. I decided to stop at the Tourism Office to see what information I could find. I was directed to a nice lady named Mollie upstairs who welcomed us with open arms as I told her about my family connection and my interest in the building. She told us what she knew and directed me to the library and the museum to see if anyone else had some information to share. She also gave us her cell number and said that when we were done she would take us on a tour of the building.

Walking to the library we encountered many friendly people who helped us find our way. When we got to the library the lady there was expecting us, someone had called ahead, and she had all kinds of newspaper articles and photos to share with us regarding the Grubb family. While at the library we met a woman who said her husband’s grandmother had married a Grubb. It truly is a small world.

After the library we walked to the Meroney Theater and read the plaque with the Grubb name on it. Unfortunately, we were running out of time and could not get to the museum.

Walking back we called Mollie and she happily met us at the Grubb Building and took us on a VIP tour, including the top floor which she said was off limits to the general public. The view of your town was spectacular! To top it off we met a couple coming out of the building who had rented Henry Clay’s farmhouse many years ago and knew all the stories.

My wife and I wanted you to know that the people of your town were the most friendly and accommodating people that we have ever met. Even though we were only there a couple of hours, we felt very much at home and were treated like VIPs. Salisbury is a beautiful town with wonderful people and I hope that we get the opportunity to return sometime in the future.

If anyone reading this is related to Henry Clay or knew him and has any information, pictures or stories to share I would love to receive them to add to my collection.