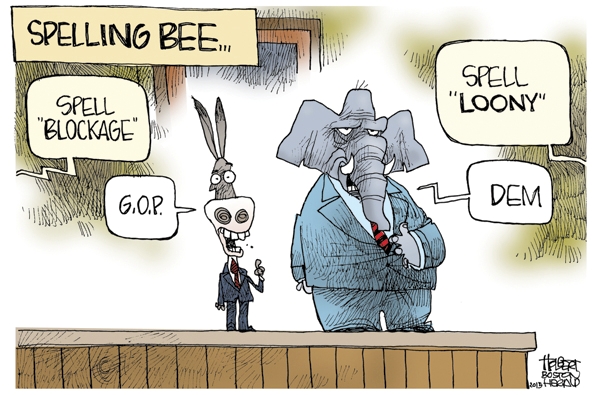 It is common to hear that we want our elected officials to make tough, informed decisions. Rep. Richard Hudson made that difficult choice on the Trade Promotion Authority (TPA) vote.

The U.S. still has, far and away, the strongest economy; the rest of the world, however, is not sitting idly. Globally there are 270 trade agreements; we are party to only fourteen.

My family has been in the textile business for five generations, so I am acutely aware of the changes over the last several decades. I do not remotely dismiss the hardships encountered by some but neither will I deny the inevitable. Ultimately, economic forces would have brought that change anyway. If we are to maintain our manufacturing base – essential to maintaining economic vitality – we must ensure our ability to compete globally. It remains that either we are at the table or the others will conclude agreements that leave us at an ever greater disadvantage in the global market.

Rep. Richard Hudson had the courage to vote in favor of helping the U.S. conclude the trade agreements that will allow us to compete globally. He did so with the full knowledge that he would take some heat for it. We should all be grateful to have a representative in Congress with that kind of foresight and courage.

With all the talk about bad police officers I want say something nice about them. I was on my way home tonight from my sister-in-law’s and was stopped on Old Concord Road for a license check. The officer asked to see my license and as I reached for it I realized that I did not have it with me. The officer asked where I lived and if I had a license. I gave him my address and told him yes. He then told me to just go on. He could have written me a ticket but he didn’t. I just wanted to let people know that not all police are bad. He didn’t have to give me a break but he did. Thank you, officer, for your kindness.

Two questions came up in response to my “My Turn” article of June 15 (regarding evolution): “How can bugs change their color?” and “Wouldn’t coffee trees adapt to the warmer climate?”  The answer to both is because of “variation within a species.”

In our first visit not all the bugs were actually white.  Because of variation within the species, bug color can vary from white to black.  White bugs have a high probability of survival because they are the same color as the white sand.  Darker bugs have a low probability of survival because they can be easily spotted and eaten by the birds.  They almost never live to reproduce.

In our second visit, let’s assume that the white sand became black because of the erupting volcanoes. Now the survival potential of white bugs has decreased (they can be spotted by the birds) and the survival potential of the black bugs has increased (they cannot be spotted by the birds).  Bug color still varies, but now the situation has reversed and the white bugs almost never live to reproduce.

The answer to the question is that bugs don’t really change color but only appear to do so because of the change in their environment and variation within the species.

What about the coffee trees?  Because of variation, some trees may survive and produce coffee beans at the higher temperature but you might have to wait several thousand years for your next cup of coffee. Humans can circumvent this by planting trees at higher cooler altitudes.

David Freeze is such wonderful person. He is the kind of person that you have only just met but feel like you have known your entire life. Your paper is so fortunate to have him.

God bless and keep him safe on his trip.

Jefferson Davis, Robert E. Lee, Thomas (Stonewall) Jackson and most Southerners were highly religious people that wanted a flag that represented their Christian beliefs. The Confederate Battle Flag was designed with the X to signify the cross St. Andrew was crucified on, saying he was not worthy to be crucified on the Christian cross as Jesus Christ was.

The 13 stars, besides representing the eleven Southern states and two they hoped would join the Confederacy, also represented the twelve disciples, and the center star for Jesus Christ.

No other symbol so proudly says Dixie as the Confederate Battle Flag.

So next time you turn your back on the flag or shout “take it down,” think of what the Confederate Flag really represents.