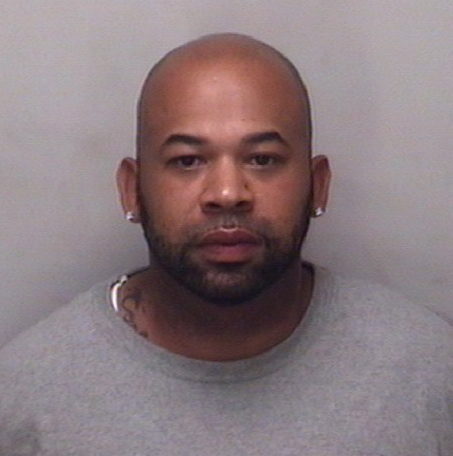 Mitchell Javon Wood, 34, was charged on Wednesday with felony possession of a controlled substance schedule II. Officials said he had .3 grams of cocaine that he tried to destroy before officers seized it.

The officer informed Wood he was stopping him because his window tint was too dark. The officer placed a tint meter on the window. The officer was going to write Wood a citation, but spotted the cocaine in the car.

Wood became belligerent, so the officer had a K-9 search around the car and asked Wood to step out of the car. Wood reached down near the driver’s side door pocket. Wood appeared to have something in his right hand so the officer searched him.

Wood was arrested and placed into the back of a waiting patrol vehicle. While at the police department a more thorough search of Wood was conducted and officers found crack in his right and left shoes, Lingle said.

He also had cocaine residue on his chest where police said he tried to chew the cocaine and then spit it out.

Wood was issued a $2,500 secured bond and has since been released from the Rowan County Detention Center. He was convicted in 2013 of misdemeanor possession of drug paraphernalia.

By Shavonne Walker shavonne.walker@salisburypost.com An East Council Street woman was charged on Monday with inhaling air duster after she was... read more