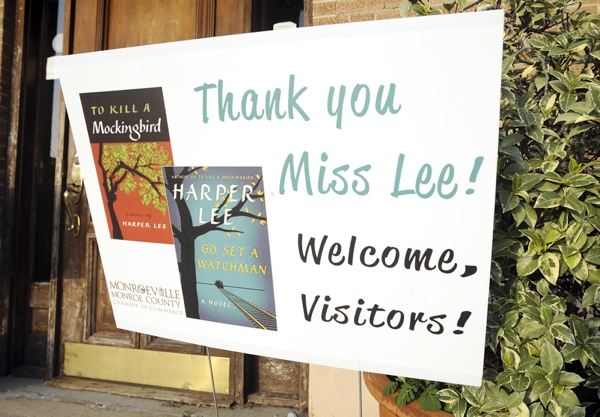 The writer is responding to a July 19 column by Deirdre Parker Smith, the Post’s book editor, “No Watchman for me.”

If you don’t want to read “Go Set a Watchman,” don’t read it. It’s not a bad book, certainly for a first one. I’ve read worse by the current crop of shallow, bestselling authors. It’s a story most of us can relate to: A young girl grows up in a small Southern town, then moves to the big city. She learns what most of us, including Thomas Wolfe, discovered. It’s hard to go home after you’ve been out on your own.

For Jean Louise Finch (aka Scout), time has passed, the future has closed in and Jean Louise is looking at her family with new eyes. The changes are overwhelming. Her brother Jem has died, and childhood friend Dill has moved to Europe, as one might expect of Truman Capote’s alter ego. Scout finds herself in the middle of integration and is disillusioned with her father’s apparent role in it. Atticus has aged and grown more feeble, also hard for his daughter to accept.

This book represents something many of us have had to deal with. The town and the people are familiar. It is neither a prequel or a sequel, nor certainly a rough draft. It’s like growing up and going home. It will never reach the status of “Mockingbird,” but it’s a book worth reading and judging on its own merit, not censoring unread.

Editor’s note: Parker Smith recommends that you read whatever you want. By the way, would you like to write a review?.

Enjoyed reading the article about the young man (Luke Dutton) winning the state and then the national competition in masonry. What an honor. But I kept waiting to see who the instructor was while reading. Never mentioned this. Hello — you cannot have one without the other. Shame on someone for failing to mention this.

The primary political cause of the Civil War from the Southern point of view was the issue of states’ rights. For many people, the Confederate flag represented that issue. Isn’t it ironic that it was not the NCAA’s economic boycott of South Carolina, federal pressure, or any federal mandate that brought the flag down on the State House grounds in Columbia? The South Carolina legislature brought down the flag. The flag that originally represented states’ rights was brought down due to states’ rights. In the end, States’ rights and doing the right thing were the victors.

One thing appears certain going into today’s Salisbury City Council meeting. The council will hear from people who are absolutely... read more