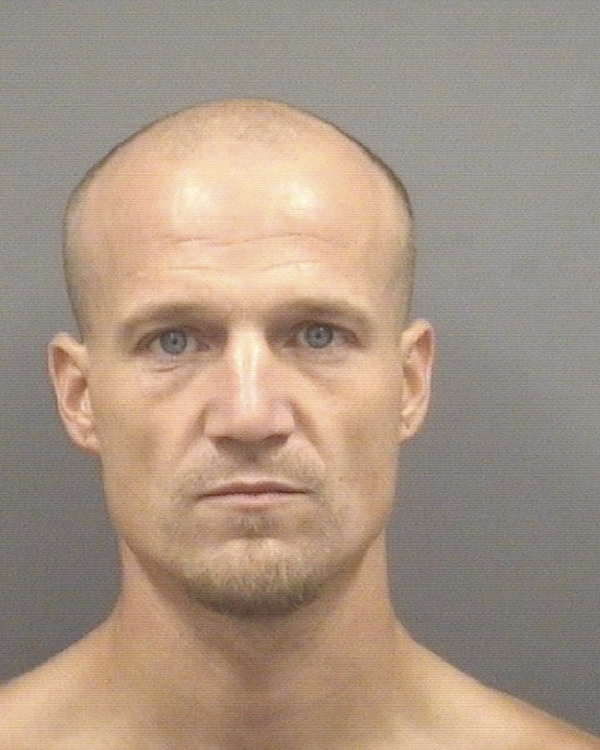 A Richfield man who tried to hide from Rowan County Sheriff’s deputies in the shower is facing more than a dozen larceny, drug and traffic charges, according to arrest records.

Brent Douglas Pickler, 32, of the 100 block of Big Buck Drive in Richfield, is charged with two counts of felony breaking and entering – one at a building in the 900 block of Saint Stephens Church Road in Gold Hill, and the other in the 200 block of Johnson Dairy Road in Rockwell.

He faces one count of felony larceny for stealing jewelry and rolled coins valued at $2,600 from John Yelton in the Gold Hill incident. He is also accused of stealing a Remington 12 gauge shotgun from Yelton, which came along with a felony larceny of a firearm charge, according to authorities.

According to an arrest warrant, Pickler is also accused of stealing a Harley-Davidson cooler, sword, musical instruments, Fender amplifier, Mason jars, Xbox 360, an HP printer, Nintendo Wii games, art and collectibles valued at $1,620 from Tim Rummage in the Rockwell incident, which resulted in an additional felony larceny charge. He allegedly also hit Rummage’s vehicle, leaving dents and scratches along the right front panel, authorities said. This offense also added on a charge of misdemeanor driving while license revoked.

Pickler was charged with misdemeanor possession of stolen goods for having Zippo lighters and the Harley-Davidson cooler, valued at $560.

When sheriff’s deputies arrived at Pickler’s home to serve warrants against him, he hid in the shower to avoid the deputy, which topped off his charges with resisting, delaying or obstructing a public officer, authorities said.

Pickler was arrested and taken to the Rowan County Detention Center. His bond was set at $35,000.

N.C. Highway Patrol is investigating an accident that sent a sedan down a 12-foot creek embankment Monday afternoon. The accident... read more