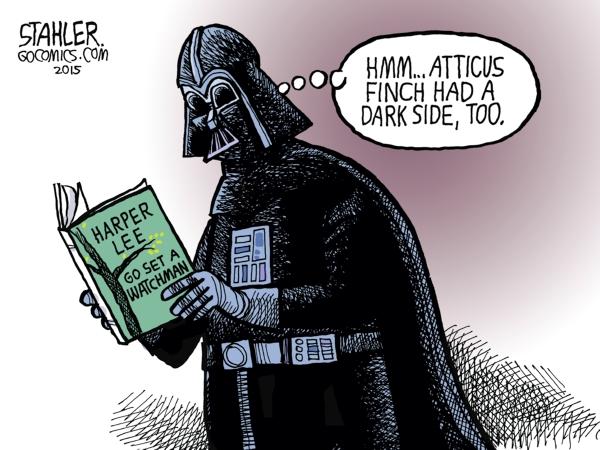 God bless Mr. Rivers and his family. He has always been a positive, smiling leader, teacher and principal in so many people’s lives. I am so happy to hear all is well on his road to recovery!

I have known Ray and Diane since elementary school. Ray and I were in the Boy Scouts together and played high school football. He was a great boy who grew into a wonderful man and father. God bless you, Ray, and keep up the great attitude.

Great article about two very strong people with an even stronger faith. And, by the way, they did make it to church! 🙂

Mr. Rivers was one of my favorite teachers at A.L. Brown High School (‘76). What a wonderful story about love, faith and determination. My prayers for a (much) less bumpy road these next few years. Best wishes to Mr. Rivers and his family as they readjust to life at home.

Mr. Rivers was a vital part of my high school years. He taught me to love math, which led me to be a teacher myself. God bless you, Mr. Rivers!

As I have known both Diane and Ray from first grade, all you said in the article about them is so true. A very godly and great couple from early days together. Congratulations on 49 years together.

May God continue his love, blessings and healing power in your lives and touch your bodies from head to toe with that power and bring complete healing to you, Ray, so you will walk and do anything you want to do. I love you two so much and will continue prayers going your way. Hope to see you at our next reunion!

Ray has always been an inspiration, even more so now, more than ever, since this tragedy. We wonder why such bad things happen to such good people, and this family is the definition of a loving family.

I am proud to say that Ray was first my teacher, then my boss and mentor, but most of all a loving friend. I hope his road to recovery continues onward and upward.

… My Turn, Missy Shives: Take down hate, not statues

Missy, thank you so much for your wonderfully written article. I, too, feel that it is important to remember the past, including the Civil War, so as not to repeat previous mistakes and statues like “Fame” help us to remember.

I personally like this statue because it reminds me that God is with us even in the most miserable moments of our humanity. I think the statue is beautiful and would be sad to see it removed.

Your suggestion of erecting another statue or monument symbolizing “Hope” is a wonderful solution that I feel would demonstrate our resolve in living together peacefully as a unified, yet culturally diverse, community. We urgently need something to help us move forward positively in what seems like a pivotal time in history and a project of this sort could be one piece of that movement. I would happily support such a project.

Another statue named “Hope” is a good idea. Perhaps the United Daughters of the Confederacy would allow it to be back-to-back to “Fame.” I pray that this will happen — and that the Salisbury City Council will approve it and citizens will accept it, as well. Recognizing past and present history is a way to prepare for the future and to do it together as Americans.

It never ceases to amaze me how otherwise intelligent people can be led by the nose into a false narrative,                    and then take it so seriously. By continuing to treat this latest mass-shooting as different from all the previous mass-shootings (and one bombing) by young, college-aged psychotics, it not only negates all of the previous victims (“black lives matter; school children do not” type of mentality); it is further pretending that these particular liberals will ever be satisfied with any amount of “progress.”

This is part of my Southern heritage: My ancestors were punished by whipping, shackling, beating, mutilation, branding and/or imprisonment. Slave masters even beat pregnant women, devising ways to do it without harming the baby because that was money. Slave masters would dig a hole big enough for the woman’s stomach to lie in and proceed with the lashings.

The mistreatment of slaves frequently included rape and the sexual abuse of women; then killed the babies when they came out half white. I was told by my grandmother how her son my uncle was tied to a railroad track in South Carolina because of an affair with a white lady in the early 50s.

We will never forget

I hope you know that not all white people support this idea of “Southern heritage.” I’m very proud to be a North Carolinian, but my pride comes from the art, music and wonderful contributions to society by our citizens of all races.

Those of us that don’t share your ancestor’s past can never understand the toll it took on even today’s generations.

It is my greatest wish to see all people be able to share this great town of Salisbury, and have a mutual respect for each other. Thank you for a very valuable post.

It’s funny that most of these letters lately are arguing to keep the flag and Fame statue, yet they keep complaining that the conversation is being continued or exaggerated by those who want these things to come down. Who is really upset and keeping the conversation going?

That “many” Christians believe in equality for LGBT is simply not true. They may say they are Christians, but they are not. You cannot be a Christian and go against the word of Almighty God. He says in his word that homosexuality is an abomination. He also says to those make-believe Christians, “Depart from me. I never knew you.”

Like any religious extremism, fundamentalism does not define Christianity. While fundamentalism has attached itself indistinguishably with right-wing politics, the non-politicized Christian faith is built on love, compassion and caring for all people, as demonstrated perfectly in the life and teachings of Jesus.

… The big chill: After 65 years, tiny Dairy Queen is still a summer oasis

What great memories I have of the Salisbury Dairy Queen. I remember a husband/wife team who came up from Florida each summer to run it. I don’t think it was open in the winters when I was young. I remember going there often with my girlfriend in the late ‘50s because her boyfriend worked there. Great article. I’m happy the DQ is still going strong.

Jim & Frances McCurdy owned the DQ at that time. Your girlfriend was Mary Ann and my name was Billy. I am the one you guys came to see. Thanks for the post; made me feel good,

When life seems to come at you too fast, a DQ Blizzard is a great way to hit the pause button for a spell!

I worked there from the late ‘70s to early ‘80s. Jim and Frances McCurdy ran it during that time. What a fun, kind couple. It was a great first job while I was in high school.

To us kids of the 1950s, we fondly remember the McCurdy family who owned the DQ. Their son Jim was a very popular classmate of ours at Boyden High School. When we thought of DQ, we naturally associated it with the McCurdy family — well worth a mention.

I have very happy memories of visits to dairy queen with my family.

We all know the liberal left will throw any and all trash on the ones they are most frightened of and that would be Donald Trump. I hope this man shakes up the whole world because he will do what he says he will do and I believe he has as much money if not more than Soros.

But the most important part,,,,,,, He is a lot more honest than Hillary.

I would like to thank the Blanche & Julian Robertson Family Foundation for taking an option on an important city block. I believe this block to be important to both the city and the county for future growth and development.

I would enjoy seeing the bank … building used for the Board of Elections and possible expansion of the library and other government offices that may need room to grow. There is ample parking, it lies on a bus route, and it is walking distance to the county administration building and the main library.

It can also be used for parking since the city seems to have a problem with people not knowing where to park.

Letters to the editor: January 12